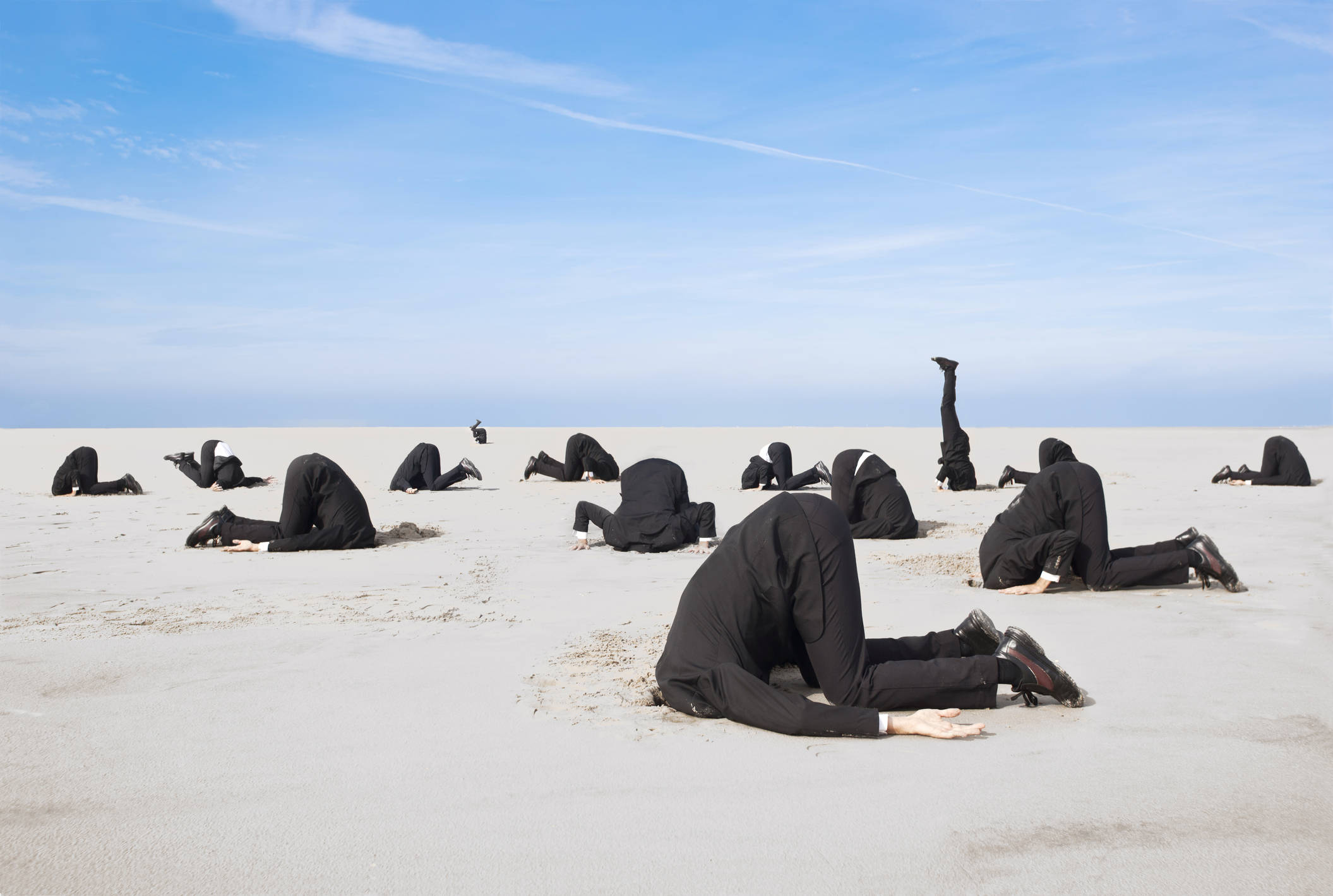 Corporations, public and private; bureaucracies, large and small; and families, whether two or 100 members, rise and fall based on mission acuity. A few things irrevocably impede mission attainment, and fear of change tops the list.

Unwillingness to change – Most of postsecondary education is in a time warp. There are legitimate concerns about learning new strategies and new subject matter, ensuring that students get relevant content, and the nagging fear that maybe a little tweaking is better and less risky than wholesale reconstruction. However, universities want to be what they were four decades ago—a pining for the past when any college degree had great value in the marketplace and students could fund study bagging groceries. Now, in some states, even community college graduates have over $10,000 in debt. Bob Dylan was right, “for the times they are a changin.”

Students say that universities are failing. What’s taught is not relevant for current job opportunities, testing and grading focus on the wrong skills, and degrees are too expensive are just a few concerns noted in Student Voices. Institutions fixate on what many leaders and faculty experienced nearly a lifetime ago, but current students live in a world that lies outside the cocoon of the latter half of 20th century. And it shows. Irrelevance, soaring costs, and perceived diminishing value will shutter some campuses.

It is not just universities. In 1975, Steve Stassen, a Kodak engineer developed the first digital camera— it was as big as a micro-fridge.  Kodak leadership, fearful of change, said “That’s cute—but don’t tell anyone about it,” according to the New York Times. Remember, Kodak peddled film for potent profit. A filmless camera was a “DOA” no brainer. Similarly, Nokia, Xerox, Blockbuster, and Yahoo became complacent, and markets sapped corporate strength. Commerce and universities alike need to appreciate and respond to the socio-economic ecosystem that supports them.

Fleeting urgency – John P. Kotter, professor emeritus of Harvard Business School, defined a sense of urgency as bringing conviction to purpose as the cornerstone of meaningful engagement. Often, especially in large bureaucracies public or private no matter the purpose, procrastination atrophies servants’ hearts into stone. Bureaucrats often see their first responsibility as job preservation and salvation of and for the status quo. A general postulate applies: the larger the organization, the more likely that a sense of urgency or commitment to primary purpose will disappear in organizational charts and procedural machinations. Kotter warns that while a crisis may create a positive sense of urgency, it’s not an ironclad proposition. Some leaders in every walk of life wait for a crisis to act. Crisis avoidance and risk aversion lead to calcification. Suppleness wanes. Responsiveness vanishes.

Corporate lethargy – The Huffington Post reports that when a feeling of urgency fades in any enterprise, effectiveness evaporates in five ways:  Telling those served, customers or students, what they need rather than listening to what they want, hiring people for competency rather than for sharing the institutional vision and culture, seeking efficiency and risk avoidance more vigorously than creativity and innovation, valuing specialists more than people who create energy and focus, and, lastly, slavishly following policies and procedures rather than people who are doing what’s right. Leadership guru Ken Perlman, says pursuit of change sometimes leads to “change fatigue.” Without a clear sense of vision, good people are worn out from running in circles. Focused mission combats change fatigue.

Birthrates are down, college readiness has diminished, and “alternative universities” increasingly create competition for traditional universities. Such competition was nonexistent only a few decades ago. And, salting the wound, public flagship universities and private elite campuses with deep pockets of financial aid and scholarship dollars increasingly vie for the shrinking number of prepared students. This can lead to complacency—the Xerox syndrome, “we own the market…people make ’Xerox‘ copies don’t they?” Many families ask whether or not the cost of an education is worth driving a new BMW off a cliff every year.

Comprehensive and regional universities, those that serve a major portion of the college going population, become more appealing as cost and focus are driven by necessity, you know, the mother of invention. Responsive regional universities can prevail if they will but only address the needs of students, communities and families, unapologetically. They will be flexible, meeting people where they are. They will listen and offer approaches that meet the challenges of the contemporary world. If any human organization is satisfied with “new wine in old wine skins,” they will be left holding a burst (and empty) bag.

Trouble in paradise? Only for enterprises fearful of change.

Walter V. Wendler is President of West Texas A&M University. His op-eds are produced weekly and available here on this website.