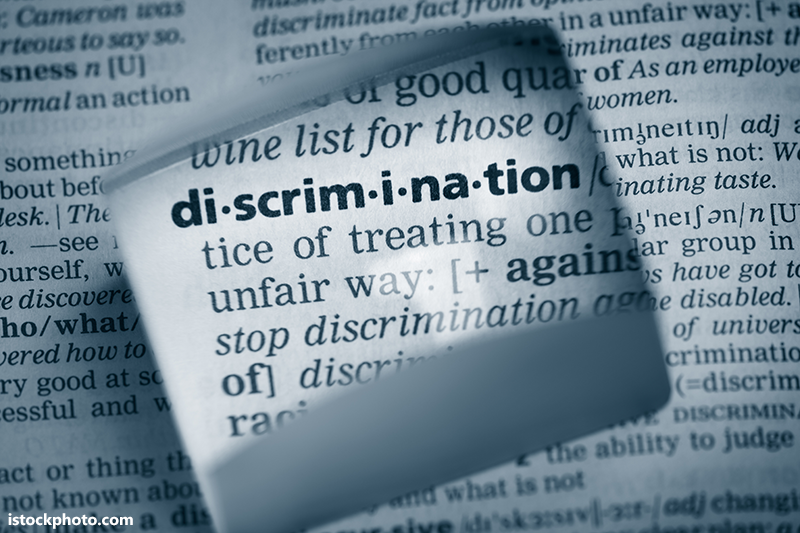 In the following reflection, historical quotes use the word “man.” I understand the utilization of “man” as indicative of all human beings.

Racism is a sin against God. It’s abhorrent.

On April 6, West Texas A&M University held its annual “Buffs Around the World” event for faculty, staff and students to share diverse cultural characteristics and experiences. Among other experiences, a group of Hispanic students reenacted a traditional quinceañera, which celebrates a young woman’s 15th birthday and marks her transition into womanhood. Similar celebrations are common around the world in nearly every culture.

Pejorative, racist comments followed from one or more individuals on a social media platform that allows anonymous postings. This platform provides a means to express vile and inappropriate, irresponsible, racist comments, which WT condemned in a letter to the community.

Any classification of individuals into groups based on outward manifestations of any kind rather than the condition of the heart is dehumanizing and wrong. The significant challenge of derogatory –ists and –isms is that education will not guarantee the eradication of the problem. These are typically not problems of the mind that education could fix. Instead, they are problems of the heart, a more profound and penetrating condition that cannot be addressed without some form of repentance and self-reflection.

I am a Christian, and among those who follow this faith, necessary repentance happens when a person is reborn with the knowledge of God empowered by the love of Jesus Christ. As I understand it, Christianity does not support –ists or –isms of any kind. Elevating self over “others” denies a fundamental Christian truth: We are all sinners. None are worthy but by the grace of God. Christ’s parable of the Good Samaritan graphically demonstrates both –ist and –ism when “one” turns away from the “other.” A personal decision was made by the first two of the three individuals in the story not to lend aid—to be a neighbor—regardless of group membership. They turned away. The Samaritan turned towards. Both turns are acts of free will.

With a blunt and natural-law-denying, quasi-intellectual scalpel, Marxism divides the world into two groups: oppressors and oppressed. (Oversimplified, to be sure, but accurate). Generalizations fail to capture the most important aspects of the human condition: character, capability and charity, guided by liberty, equality and responsibility. Racists, and the practitioners of various -isms, look towards simple outward manifestations creating castes of individuals held to be inferior or superior by one or more measures.

Human beings are created in the image of God, individually, fearfully and wonderfully made, according to Holy Writ. Noted author C.S. Lewis wrote in “The Weight of Glory,” “There are no ordinary people. You have never met a mere mortal.” In Robert Barker’s “Review of Metaphysics,” he quotes James Madison, the “Father of the Constitution,” regarding the duty to God: “This duty is precedent, both in order of time and in degree of obligation, to the claims of Civil Society. Before any man can be considered as a member of Civil Society, he must be considered as a subject of the Governor of the Universe.” This full expression of natural law disallows -ist, -ism or similar manifestation of inappropriate bias towards another human being.

For ages, people have been branded by visible and outward characteristics and assumed to represent one thing or another by such superficial preconceptions rather than a deeper knowing. Such knowing always requires effort, extension and exposure of self.

Systemic inequality is against the law. Looking for social adjustments and intervention from the state to create equity falls short. Laws have not solved the problem. The Emancipation Proclamation, elimination of Jim Crow, Brown versus the Board of Education, the Civil Rights Act of 1964, the Voting Rights Act of 1965, Equal Opportunity legislation, the 2009 Matthew Shepard and James Byrd Junior Hate Crimes Prevention Act and other legislative efforts, too numerous to cite, fall short. All of these rightfully, and with the full force of government behind each, attempt to eliminate -ists and-isms in our society. When reading the newspaper and watching television news, I am reminded of the regrettable shortcomings of the law. Through God-given free will, a person can affect the redeeming change of heart and balance on the razor-sharp, but simultaneously, the rusty knife-edge of righteous personal belief and legislated behavior. Eve and Adam exercised free will against God’s Law. Each, equal before God, made their own choice.

Equity is the quality of being fair and impartial and cannot be legislated, though we may try. Individuals give and receive equity, almost as a traded commodity. (The capitalism of the Golden Rule). Equality is the state of being equal in status, rights, and opportunities. Equality is Creator ordained, constitutionally guaranteed and often defined by metaphysical assumptions regarding people and their relationship to each other and the world around them.

As an educator, I support and promote the power of individual responsibility and accountability based on personal, family and community values reinforced in the American Experiment. Deeply held precepts regarding personal responsibility and its exercise affect every academic, professional and vocational discipline studied and taught at West Texas A&M University. Joseph A. Hill, who led the Panhandle’s University from 1918 to 1948, acknowledged the power of personal responsibility in a free society speaking at The A&M College of Texas on July 29, 1935:

A fact of first importance in the democratic theory is the capacity, the right, and the responsibility of the individual, The Declaration of Independence proclaims, among other things, that every human being has measureless capacity for the abundant life; that he has an inalienable right to the opportunity to attain it; and that he is under heavy obligation to the society that makes this attainment possible. No one of these three elements of the American system can be omitted without serious danger to our whole governmental and social structure.

Our past is imperfect, as will be our future. Timeless truths light a path forward.