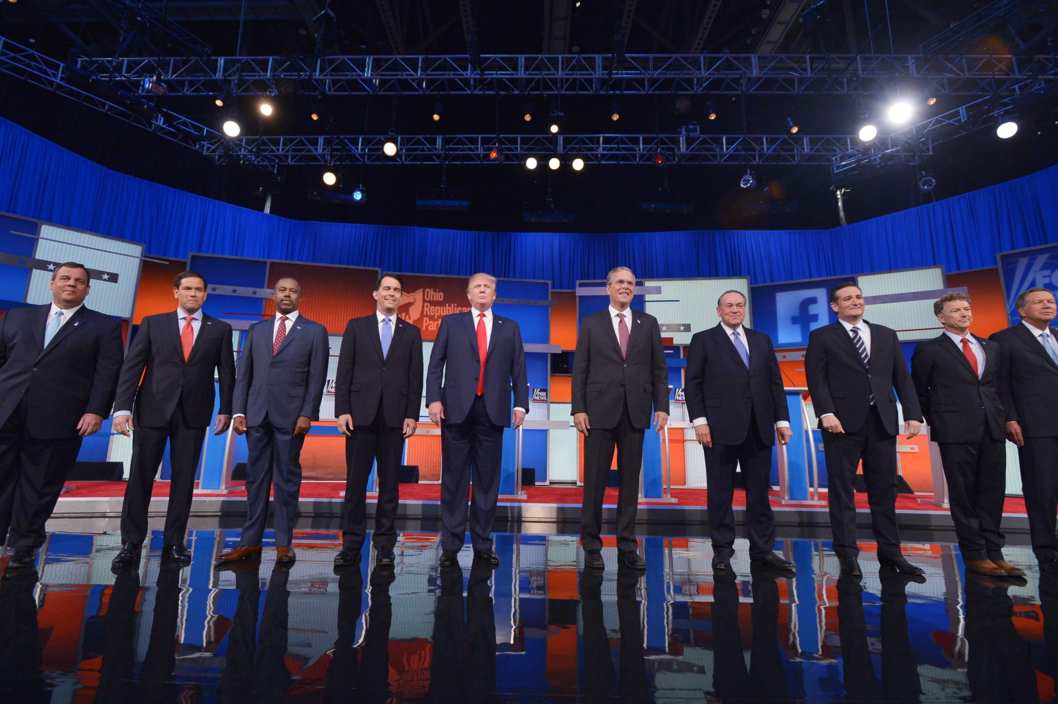 One — Senator Marco Rubio reminded viewers that he finally paid off $100,000 in education loans only four years ago. He wanted to be sure that listeners understood the ramifications of heavy borrowing by students and families for postsecondary education and that alternatives were required. However, if the educational outcome is inferior in quality, every dollar spent is too much. Elected leadership at every level should address the cost/value proposition in postsecondary education and training opportunities. Rubio’s solution to the cancerously growing debt load is a push for integrated education opportunities across traditional boundaries of on line and on campus courses.

Two – Governor Scott Walker tightened the belt in Wisconsin in order to address the increasing costs of providing state services, including universities. Recently Walker proposed an additional $300 million in budget cuts to the University of Wisconsin, the flagship of the state and an internationally recognized research university. University leadership expressed strong discontent. Governor Bobby Jindal likewise supported game-changing reduced college funding in Louisiana. If such cuts were effective, they might reduce the cost increases to college students and families. However, the real efficacy of even these attention grabbing proposals nibbles around the edges of the fundamental restructuring that appears necessary. Clark Kerr, one-time Don of the pace setting University of California, correctly noted that “the only thing that gets a majority vote on a university campus is the status quo,” and the status quo won’t go.

Three — Governor Jeb Bush correctly recognizes that students graduating high school are typically ill-prepared for the workplace, technical school, and college study. International college readiness rankings place the U.S. in a descending position. No other current candidate from either side of the aisle speaks as clearly regarding the importance of academic excellence as Bush. His clarion call for excellence and standards is seen by some as “federal meddling.” Bush talks about setting goals to assist states and localities in creating durable targets. This is neither a crime nor an abandonment of any deep principle. It says simply, education driven by anything other than quality is a poor investment. And nowhere does Bush claim that springs of quality flow exclusively to or from the Potomac.

Four — Senator Ted Cruz talked about a negative impact of Dodd-Frank and the value of failure in business. Although not part of the current discussion by any candidates regarding higher education, the idea that some universities, both public and private, should close (fail) is worth considering. Organizations cannot be protected from incompetence, obsolescence, or legitimate risk. Our society tolerates the concept that when something is created for the public benefit it should never be eliminated, even if it’s a failure.

Five — Accessibility to postsecondary education is an absolute necessity for a strong economy. Increasing costs are driven, at least in part, by cheap money and Pell Grants. Democratic hopeful Martin O’Malley and his wife borrowed $339,200 for their two daughters to attend college. And O’Malley pledges to dedicate more dollars to Pell Grants. According to Ben Carson too much inappropriately allocated, easily attained support steals individual initiative and valuable work ethic. Pell Grants were intended to help genuinely needy students bootstrap themselves by providing access to those who are college-ready. Now, those grants have been transformed into a life support system for broke and broken universities: A great idea gone bad. Currently, 90% of college students receive financial aid, 58% receive Pell Grants. Something is amiss. Additionally, the ubiquitous taxpayer-supported Pell Grants have driven private lending organizations out of business, as they were unable to compete with subsidized dollars. The competition for loan money drives down cost to borrowers to be sure, and will simultaneously drive up quality of college offerings (foundation of Cruz’s claim).

These are five pieces of the puzzle facing U.S. higher education: reduce debt load for students; reduce reliance on direct public support of the status quo in universities; increase preparation and academic standards in primary and secondary schools as well as universities; don’t protect institutions, public or private, from failure; and lastly find alternative means of access for all hard working, motivated and prepared learners at every level.

These five not so easy pieces are not the whole puzzle but they are a start.

1 thought on “Five Not So Easy Pieces”