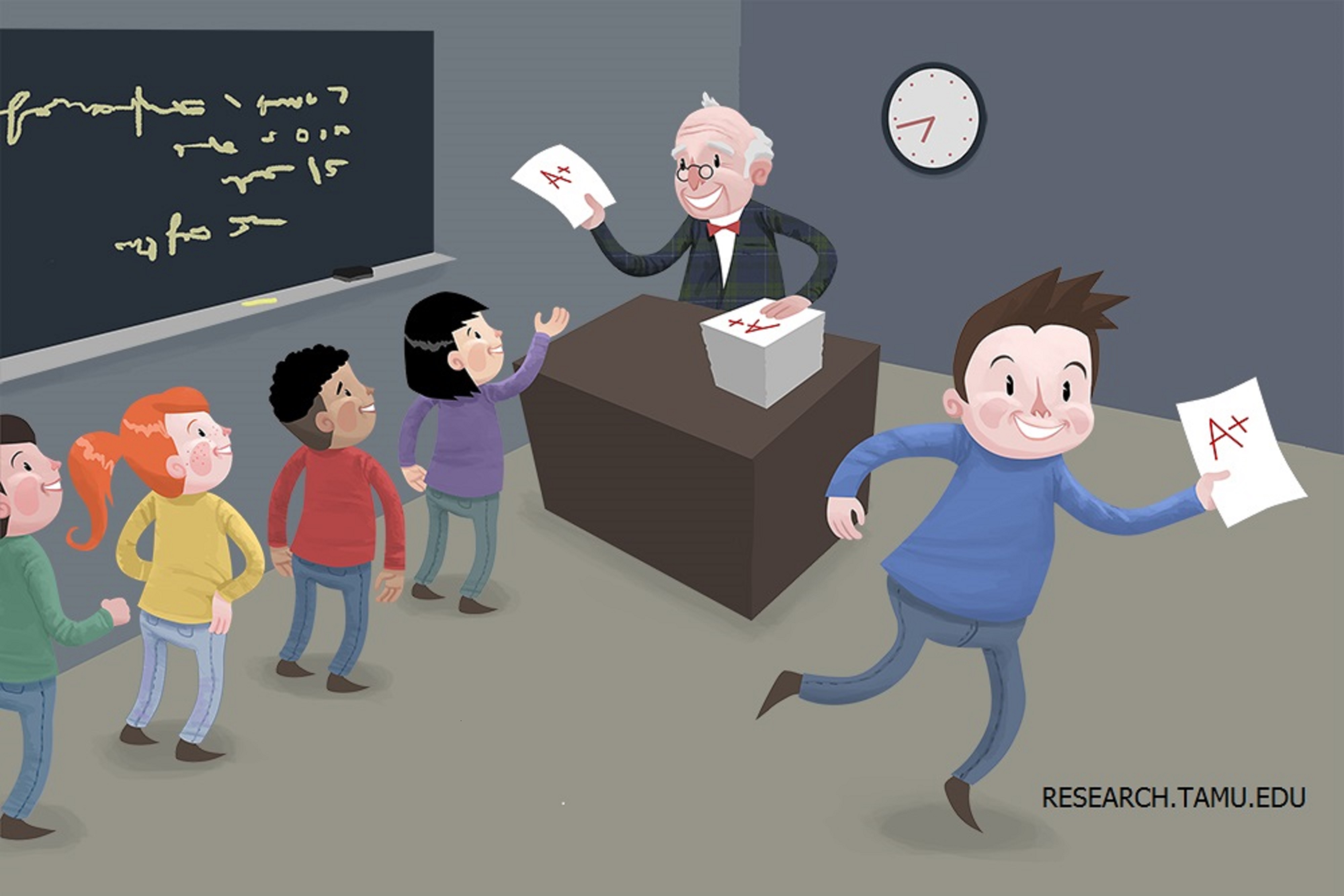 Of all the grades given at U. S. universities in 2013 — I know they all can’t be earned, so many must be given:  a gift or show of appreciation for the ever escalating tuition and fees?  The title says it all:  45% A’s, 35% B’s, 15%, C’s and 5% D’s and F’s.  Evidently, we are raising an extraordinary generation of college students with over 90% are above average, near genius levels of performance.  The most common grade was an A.  We are doing much better than families and students did in 1940.  The distribution then was 15% A’s, 33% B’s, 35% C’s, 11% D’s, and 6% F’s.  The most common grade during the Great War was a C. Stuart Rojstaczer carefully catalogs all of this in a thoughtful analysis.

I have reflected on the problem, in the past — Hating Excellence.

There is very real hurt when average is called good or excellent, and everyone appears superior.

Here is a litany of legitimate concerns — a scorecard.

Employers have to sort through obfuscation, trying to distinguish one potential employee from another through a veil of lies and deceit.  Employers and students lose.

Motivation for high school students to perform is sapped or robbed. Many schools have stopped ranking graduates and identifying valedictorians, arguing that such practices hurt the feelings of people who have not done as well as others.  Additionally, universities treat academically different students as equals, under-serving both strong and weak students.  High schools, universities, and students lose.

Meritorious performance, and how it is valued, varies by subject matter.  In one analysis, students in education received 71% A’s; in Mathematics it was 29%, music was 67%.  The artificiality of lax grading demeans invaluable subject matter from the inside out.  Important areas of study and students lose.

Educational lenders assume a student may be a good risk for a loan because he or she has a good grade point average.  Two fallacies:  First, lenders take no risk as most student loans are federally insured.  Second, the grades mean little.  Bankers and universities win — students lose.

Student evaluations of faculty teaching effectiveness purportedly influence promotion and tenure decisions – and good grades “buy” better evaluations.  Forty years of experience tells me there is truth in the assumption but only when perceptions of students are inappropriately used.  I have seen many cases of grades being inversely proportional to perceived teaching quality.  Dedicated faculty members and students lose when distinctions between good and poor teaching are diminished.

Graduation and completion rates, used to measure university effectiveness in granting degrees, might be increased by higher grades.  Universities misrepresent success if grades are artificially high.  In addition, university funding by statehouses increasingly relies on such measures.  Unintended consequences follow as overall quality sinks.  Taxpayers lose, as do universities and students.

Students become customers rather than students.  Educational leaders and faculty decry this state of affairs, but do little to eliminate it — by charging too much, to too many, for too little, all the while calling it progress.  It is not that college costs are too high — they are in fact too high — but the real problem is that too often little benefit accrues from the high cost.  Faculty are left hanging when they hold high standards, and leaders walk away.  Faculty, leaders, and students lose.

The value of the degree drops when students who have not earned it graduate and become compromised ambassadors.  Alumni represent institutions by actions and abilities.  A university degree is a stock certificate, and when its value falls, alumni lose.  Institutions and students lose too.

These are stark concerns and to lay them at the feet of grade inflation alone may be unfair.  However, when standards fall, and I believe each of these observations is the result of falling standards, effects are felt every day.  Here is the score if you are keeping track:  Students lose nine times, and never win.

Universities, faculty, employers, high schools, invaluable subject matter, taxpayers, leaders, and alumni all show up in the lost column too.  The only winners in this game are lenders and universities for a fleeting season, as long as the loan dollars flow.

What does a grade mean?  Everything and nothing, if inappropriately earned or assigned.