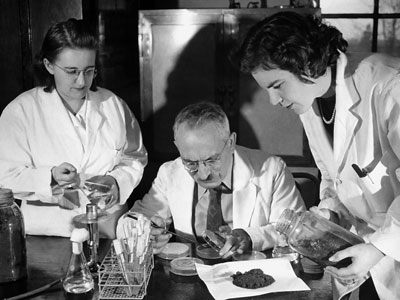 Eighth in a series on public/private higher education

Too many public organizations gravitate towards performance at the lowest common denominator.  Private organizations do too, but mediocrity’s poison is more prevalent in public settings.  Illinois State Senator Bill Brady might be onto something in his call for nonprofit university board structure.

The causes for challenges in public higher education are varied. Cited frequently are excessive costs, administrative bloat, some faculty teaching too little and publishing too much gibberish, unprepared students, lax grading standards coupled with grade inflation and porous admissions processes. Labor organizations and rigid rules may rule the roost.  In all, a potpourri of challenges must be overcome.

Celebrating excellence requires segregating people and organizations into performing and non-performing groups creating insiders and outsiders.  Wrath is incurred by outsiders. This everyone-is-ok culture starts in Little League, when everybody is a winner and on the first string.  Not “making the cut” is not an option.  That’s grade school.

The disease continues into high school. Secondary institutions believe Garrison Keillor’s opening for his popular radio show, A Prairie Home Companion: “Welcome to Lake Wobegone, where all the women are strong, all the men are good-looking, and all the children are above average.”  This was funny until it became true.   The cancer is so metastasized in high schools that many secondary schools no longer rank students in their graduating classes. Everybody is “above average.” Some schools even quit identifying valedictorians for fear of offending those who aren’t.

And, at universities the student expectation when tuition is paid is a good grade. An “A,” is the most frequently given grade on campus.

Universities increasingly seem indifferent to excellence.  Maybe they hate it too.

And it’s not just students. One day in the hallway of a campus building where I worked a janitor was feverishly polishing doorknobs. I had never seen this before. I asked the gentleman, “How long have you worked here?”  He said, “I have been here 26 years, why do you ask?” he continued.  “You seem to be working too hard,” said I.  Laughing, he said to me that people always ask him how long he’s been here when seeing his work habits.  The door knob luster level testified to the results of his labor. But many of his coworkers chided him for his work ethic. They are joined by parents of little leaguers, high school principals, and college admissions officers in a shared hatred of excellent achievement:  Someone might feel badly or lackluster in comparison.

Now, you say, this language is too strong and clearly an overstatement. Not really. It is nearly impossible to fire a federal employee according to a Kevin Kosar commentary, The Common Perception Is True.  The Merit System Protection Board, likely a meritless system, boasts that 77,000 full-time federal employees were fired between 2000 and 2014, that’s slightly over 5,000 employees per year, but it is a scant 0.15% of all federal civil service employees when probationary periods are excluded, three people in 2,000.  This defies the laws of probability regarding human resource management and human performance.

It is staggeringly unbelievable.

A culture of excellence cannot coexist with the culture of mediocrity. To borrow a line from an old book, “No one can serve two masters. Either you will hate the one and love the other, or you will be devoted to the one and despise the other,” says Saint Mathew.

Excellence and mediocrity are conflicting masters.

Private nonprofit organizations, whose lifeblood depends on performance, are more likely to insist on excellence. Here the logic of Joe Louis is laser-like regarding slicked-up inferior performance:  “He can run, but he can’t hide.”  Labor leadership that bargains away merit pay rather than demanding it for their membership hates excellence.  Management sacrificing merit compensation on the altar of compromise demonstrates hatred for excellence leading to diminished institutional performance.

When non-performing people are rewarded in the same way as performing people, performers are victims of prejudice — janitors and valedictorians alike.  Regrettably, colleges apply performance precepts to football or basketball coaches, but not to academic leaders, faculty, students, and staff.

Private nonprofit universities — where survival is based on performance rather than excellence-stifling politics, patronage, and excessively protective committees, processes, and regulations – might more diligently pursue achievement and its rewards.