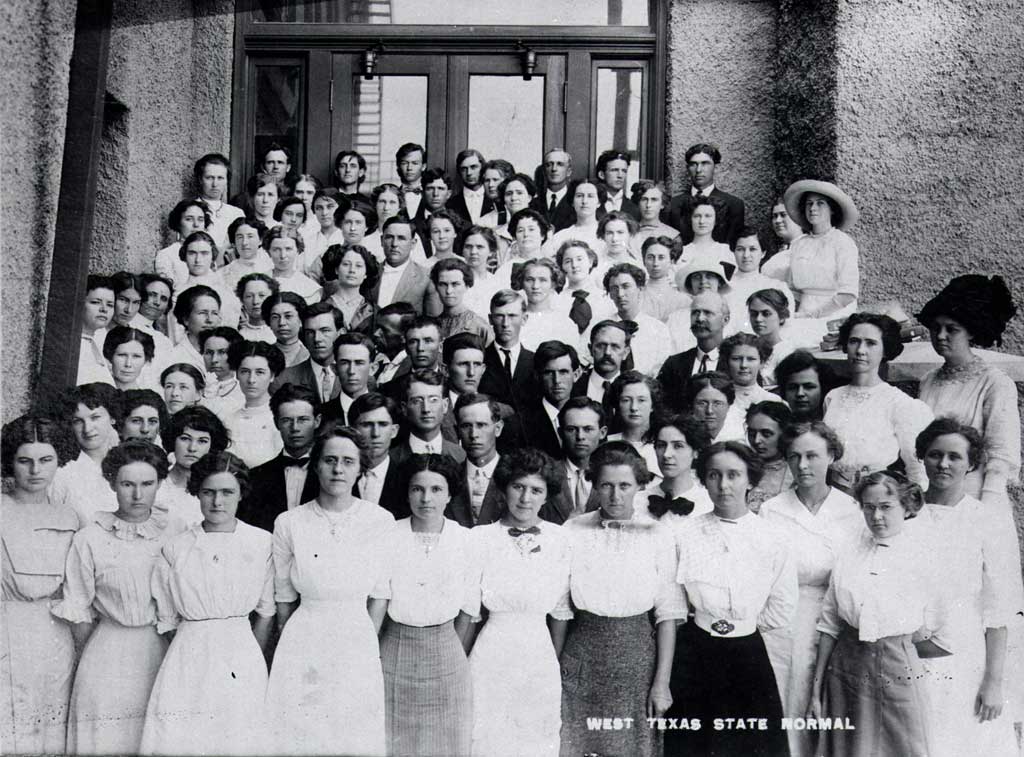 In 1769, Charles Thompson received financial aid from John Hobbs’s widow to study the ministry at Brown University. In 1792, the Philadelphia Association gave Brown’s president permission to employ a student to ring the bell. For this, the student earned tuition, fees, room and board.  Financial aid and working to pay for school are not new.

From my neighborhood, Wayland Baptist University was the first liberal arts university in the former Confederate States of America to admit black students. Likely, all first generation.

Addressing the needs of first-generation college students is important, historical and increasingly contemporary. The majority of the group are students of color with Hispanic and Latino segments growing rapidly.

Somewhere between one-third and one-fourth of all current post-secondary students are “first-generation.” Definitions vary widely. Under any circumstances, the group grows and success rates falter. Six-year graduation rates are 40 percent for first-generation students and 55 percent for those who had parents in college.

Money, just as the case in the 1700’s, is still an issue. However, fitting in and a sense of accomplishment are befuddling challenges for many first-generation students as well. Do not confuse the attention paid to first-generation students as an indication that everyone should attend college because it will make them smarter, happier and better citizens. Thankfully, this is the case for many but it is not universal. Military service, trades and technical fields provide good career opportunities and are powerful alternatives for every stripe of college students, including first-generation.

The idea that borrowing for college at all costs is a good investment is patently wrong. Scholarship and grant opportunities are critical. Unfortunately, the fastest growing alumni group in the United States is indebted students who did not complete a bachelor’s degree, creating disdain and suspicion of higher education. The lenders who unquestioningly fund college loans, the students and families who without question study in areas for which employment may be nonexistent, and the university leaders and legislators that pedal a bill of goods that any college degree is a good investment no matter what it costs, all mislead students. This is especially egregious with first-generation students and their parents who chase hope.

Ioanna Opidee, in University Business Magazine, presents a number of considerations that apply equally to first-generation and all college students.

The Center for Community College Student Engagement at UT says that 47 percent of first-generation students have plans to transfer to a four-year college. Those not first in family to attend say they plan to transfer at a rate 20 percent higher. Responsive universities will diligently seek community college completers, especially first-generation students, to complete their baccalaureate studies with limited or no debt and a clear sense of the vocation or graduate study ahead.

Universities interested in attracting first-generation students should establish a strong presence in high schools. The dialogue could be a source of the insight and wisdom regarding the costs and benefits of a college degree.

Summer programs acquainting students with opportunities available to those who complete a bachelor’s degree would help clarify and define aspirations for college students. MIT sponsors a program that allows high school counselors to participate in the admissions process, identifying hard-working, committed students who show a high propensity for success even when they may be the low performing test-takers and average students. Often, first-generation students fall into this category.

Engaging first-generation students leads to more prosperous state, local and national economies. According to the American Enterprise Institute, and the Institute for Family Studies, strong families are key to economic prosperity. “The share of parents in a state who are married is one of the top predictors of the economic outcomes studied in this report. In fact, this family factor is generally a stronger predictor of economic mobility, child poverty, and median family income in the American states than are the educational, racial, and age compositions of the states.”