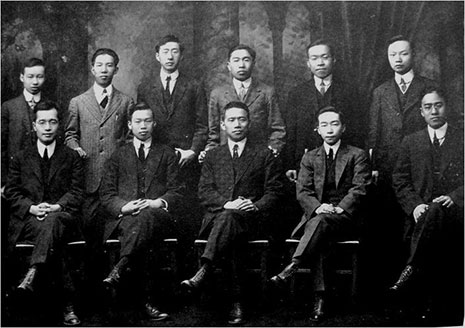 Americans are becoming more insular. Universities value international exchanges and study experiences for the benefit to students. IES Abroad and other study-abroad organizations encourage learning abroad because of the many identified, positive outcomes. A lack of understanding between different people groups is probably the root of many challenges of contemporary society. The genesis for international experiences comes from the idea that understanding “others” is invaluable in becoming an educated human being. In addition, such experiences have economic benefit.

The idea that someone must leave the United States in order to experience “others” is not true. “Humans of New York” presents a variety of people, values, ideas, thoughts and perspectives, plus the trials and challenges of life, all on a 23-square-mile island purchased for 60 guilders — or about 24 dollars — from the Canarsee tribe of the Lenape people.

As an unapologetic American exceptionalist, I believe a world awaits the interested observer within our borders. Alexis de Tocqueville was correct in describing America as an exceptional nation. G. K. Chesterton said, “America is the only nation in the world that is founded on a creed. That creed is set forth with dogmatic and even theological lucidity in the Declaration of Independence. . .” We as a nation are founded on the concept of freedom of belief: principles ordained by an understanding of the sovereign God, yet tolerant and welcoming of many viewpoints. International travel is indeed exciting, but every aspect of the human condition can be found right here at home, if we but look.

AmeriCorps provides opportunities to disconnect from the familiar and engage the different. The variety of perspectives and things to see is rich in the United States. Although they must actively be sought out, the traveler’s discoveries affirm the United States is an exceptional nation, filled with aspirations from every continent, usually within spitting distance of one’s home.

For a better understanding of the notion of a free society and its foundations, the northeastern colonial hub of the United States in the environs of Washington, D.C., and New England provide an appreciation for the foundations of a free society. The roots of the revolution — an appropriate national government, the beginning of industry and trade and the opportunity for personal growth — are still present in homes, places of worship and work and in town squares of the great American cities of the Northeast.

To more deeply understand the value of tenacity and hard work, entrepreneurism and risk-taking, one could spend time in the American West. An appreciation for settling a challenging landscape, for raising food, for extracting minerals and for bracing against the elements would follow like the shadow of a tree at high noon. While there are many examples, the Panhandle of Texas seems a good place to start.

The importance and values of traditions and the cultural contributions from practiced religion are alive in our nation. The Deep South provides a vivid opportunity to see the intersection of family, religious life and community at work — presenting an especially powerful picture of how faith influences life.

Cultural distinctiveness in a melting pot is possible and evident in any major city on the West Coast. See what happens when nationalities, languages, cultures and customs coexist — and at times collide — in close quarters. Horace Mann’s appreciation for Manifest Destiny made popular the admonition, “Go west, young man.” New York may be the cauldron where the stew was first cooked; however, it is but one example of many. American metropolises provide a platform to comprehend cultural variety and the thread of commonality that bond people together.

The point of all this is to remind ourselves that experiencing the range of America is an important function of the educational process. Traveling the globe provides the chance to absorb both the differences and similarities of various cultural perspectives. However, it is possible to find the variety of the human experience within 100 miles of almost any place in the United States. It does not require a Boeing 747.

I was admonished in church long ago to “grow where you are planted.” That does not necessarily mean to stay put, but to understand and value where one is within this exceptional nation. On a five-day walk, multiplicities of the human condition and the commonality that binds us together will be uncovered.

As I have previously written, “Emily Dickinson, writing in her upstairs bedroom with only the fortification of family and familiarity, touched the world mightily for generations. She understood deeply rooted cause and effect human emotions common to all souls and was able to express those relationships through the prism of her outwardly small world. An international audience that crosses every geographic and cultural divide harmonizes with her sensibilities of the human condition. She was a contributing citizen of the world community from a second floor bedroom.” And this all occurred in an “internetless,” seemingly insular society.

It is not travel that opens the mind or its lack that makes one narrow, but sight.