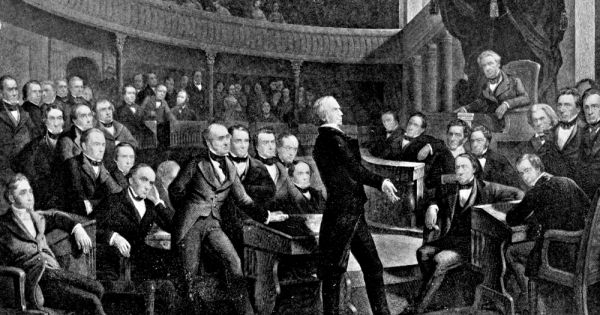 Universities have lost the public trust. Pew, Gallop, and a number of other assemblers of public opinion have studied and reported findings that suggest public trust in Higher Education is eroding. University of Oregon president Michael Schill in a University World News post proposed several causes of evaporating trust.  Anti-intellectualism, a lack of diversity, indoctrination, erosion of shared or common interests by increasingly loud and narrowly focused interest groups and a host of other legitimate reasons rob institutional trust.

Universities do not have the market cornered on institutional distrust. Forty percent of Americans queried by Gallup in 1973 said they trusted institutions. By 1979 it had climbed to 51%, and then over the years has descended to a rate of about 20%. Congress led the slide with a rate of between 10 and 15%, depending on who you believe. Newspapers chased elected officials into the “trust” basement according to Forbes. While universities are not on the study list, public schools don’t fare very well either. The military is the most trusted institution in the United States, and interestingly, small businesses are second in the registry of esteem.

Government generally is not trusted.  In a Boston Globe reflection, former president of Harvard University Lawrence Summers provides insight for the foundation of Americans’ lack of trust in government. He uses an example of the Anderson Memorial Bridge over the Charles River in Cambridge. It took less than a year to build at a price tag of about $600,000 and is now is requiring repairs that will take five years with a price tag of over $25,000,000. Summers includes commentary on “a gaggle of regulators and veto players each with the power to block or delay,” representing various groups. The point is this: How can any organization be trusted when it cost so much and takes so long to fix a 232-foot span – less than a long punt on Sunday afternoon?

Even if you like big government, you must ask, “Do such actions and results create trust?” Of course, they do not. Trust has left the building, and good feelings, positive thoughts, and rhetoric don’t change that fact.  Actions do.

Universities must be truthful and transparent in decision-making and execution. If institutional rhetoric proclaims that everyone deserves a fair chance because without it Jefferson’s “unnatural aristocracy” rules, I agree. However, admitting students not ready to study because they come with a pocket full of loan dollars on the basis of giving them a chance is neither transparent, nor trustworthy. It is misleading and a form of lying and cheating. Yes, universities need to make opportunity available; however, relentlessly communicating costs and benefits is required.  This is particularly so for those who are the first in their family to attend college, for they may believe that any study path leads to a bright future.

Sarah Goldrick-Rab, professor of higher education policy at Temple University says, “We’re worth it, debt is worth it, taking a loan to come here is very much worth it,” when in fact the truth may lie elsewhere. What is disarmingly difficult is that leadership of universities believe this “nearly-the-truth” mantra regarding the value of a university education. A good education has great value even in fields where employment potential may be low, but, to declare all courses of study as equally valuable is not transparent.

At West Texas A&M University, while debt levels for all of our graduates over the past decade have been fairly constant on a college-by-college basis, starting salaries vary by 100%. Students graduating in engineering and computer science secured salaries at above $75,000 per year. In some fields starting salaries were half that, but again, debt levels were about the same. Transparency would dictate that we make students and families aware of these differentials. For the 30% of students at WT that don’t have to borrow, these cautions and realities may be of lesser consequence, but I don’t think so.

Accrediting agencies, on a road paved with good intentions, never address the value of a degree. State coordinating boards, in my experience, have only recently suggested that there should be a relationship between borrowing for an education and the ultimate, anticipated employment value of the course of study. The Texas Higher Education Coordinating Board, for example, suggests that a student should accrue no more debt in securing an education than 60% of the first-year anticipated starting salary. If a student anticipates an annual starting salary of $50,000, they should not borrow more than $30,000.

West Texas A&M University initiated a program called Buff$mart that helps students assess reasonable borrowing levels based on their chosen course of study.  While it is too early to judge effectiveness, encouragingly over 2,000 individual student contacts have resulted.

For organizations that trade in trust, transparency and truthfulness are the only things that matter. Good universities will address the trust deficit head on.