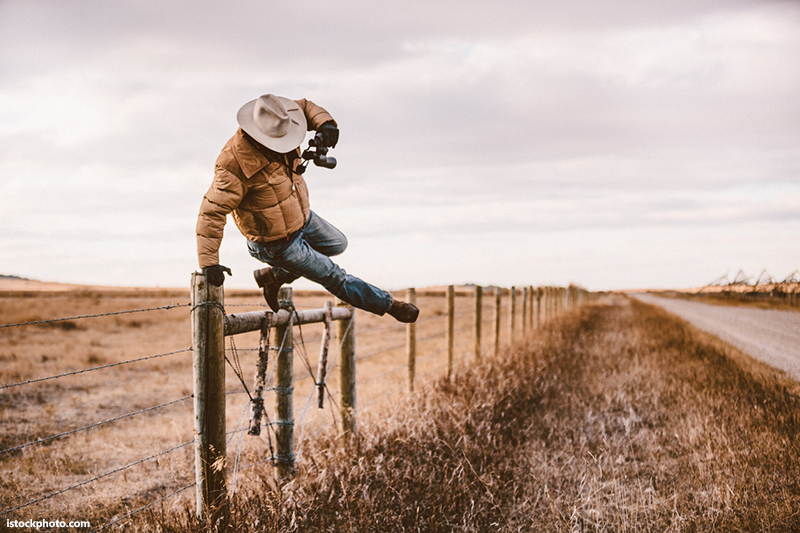 Tenth and final in a series regarding Panhandle values and quality of life.

Palo Duro Canyon and the challenging, unforgivingly stingy, unceasingly crusty regional geography drive people to band together into groups. It’s the Panhandle’s nature. In contrast to the notion of supportive communities for survival and progress is the seemingly competing idea of rugged individualism. Blending strong senses of self and community requires the sacrifice of neither. The human condition leads to the acknowledgment that everyone, no matter how able, settled or educated, is subject to forces outside of themselves. A strain of humility in thoughtful individuals creates equilibrium between a strong self and a strong community.

It is easy, even seductive, to pan the concept of rugged individualism. Martin Luther King Jr. noted in a speech, “The Other America,” on March 10, 1968: “This country has socialism for the rich, rugged individualism for the poor.” That is indeed how it seems. You know the names: Musk, Bezos, Ellison, Buffett, Page, Bloomberg, Walton, Koch, Knight and Mars. How about these? Seymour, Reagan, Miller, Shaffer, Johnson, Smith Young, Williams, Kuhlman and Osei-Hwere. The first ten are some of the wealthiest people in America. Each is a rugged individualist and self-reliant. The second? Ten employees at West Texas A&M University. While I know none of the first ten, I know every one of the second ten, and each are rugged individuals in their own way. Herbert Hoover’s 1928 campaign speech, where he lauded “Rugged Individualism,” is easily misunderstood. It leads to neither wealth nor satisfaction. (He never claimed it did).

Noam Chomsky, Mark Rank and others in “Rugged Individualism and the Misunderstanding Of American Inequality” blame “rugged individualism” for creating income inequality. Rugged individualism is perceived by many as a mortal sin in a free society. I think not. Every one of the first ten, like the second ten, are rugged individualists independent of accumulated wealth.

As Rank and Chomsky claim, it is true that “Many other factors beyond an individual’s control come into play in affecting how well one does in life.” But they miss the real point. The single measure of success in life is not the accumulation of wealth. (Read, “how well one does in life”). The second ten list guarantees that. I know them. They are successful. I can make tens of lists of people that work at WT who are successful and satisfied in their personal and professional lives—none have any wealth compared to the first ten. Marxism’s insistence on two kinds of people, oppressor and oppressed, drives people into their respective corners.

Robin G. Nelson, in Scientific American, said the coronavirus “exposed the myth of rugged individualism.” Continuing, “Humans evolved to be interdependent, not self-sufficient.” In contrast, Holy Writ, in Genesis 2:18, says just the opposite—human beings were created to be interdependent. We have devolved into contemporary self-sufficiency, approaching narcissism. The recurring theme espoused by those who diminish the power of rugged individualism and its value and impact on society suggests that self-sufficiency and concern for the larger community cannot coexist. In the “Theory Of Moral Sentiments,” Adam Smith cogently observed, “How selfish soever man may be supposed, there are some principles in his nature, which interest him in the fortune of others, and render their happiness necessary to him, though he derives nothing from it except the pleasure of seeing it.” Selfishness and selflessness can coexist peacefully, productively and powerfully, defying overly simplistic characterizations.

The power of individual rights and responsibilities is woven into our national DNA through the founder’s perspectives on the importance of liberty for individuals in seeking personal satisfaction. Happiness cannot be sacrificed on any altar that compromises its import. Individual rights and their exercise bind and guide our nation’s energy. Equally important is what rugged individualism isn’t. David Davenport and Gordon Lloyd point out: “It is not, as Alexis de Tocqueville acknowledged, the selfish, isolating self-absorption of the French individualisme, since Americans temper their individualism with other qualities such as pragmatism and a disposition toward forming voluntary associations.” The veteran’s memorial on the campus of WT carries this thought from the Gospel of Saint John, “Greater love has no one than this than to lay down one’s life for his friends.”

There is a misperceived sense that those self-reliant cannot work cooperatively in teams. In team sports, it is common for strong individuals to be equated with a strong team. Former Chicago Bulls Basketball coach Phil Jackson recognized the interplay between an individual and a team: “The strength of the team is each individual member. The strength of each member is the team.”

Whatever the downside of rugged individualism and self-reliance—in a word, grit—the upside is this: if a group of strong individuals with solid talents and abilities and a purposeful sense of self band together to do something, the likelihood of it happening increases when a shared purpose is present among rugged individuals.

1 thought on “Rugged Individualism – Not a Dirty Word”