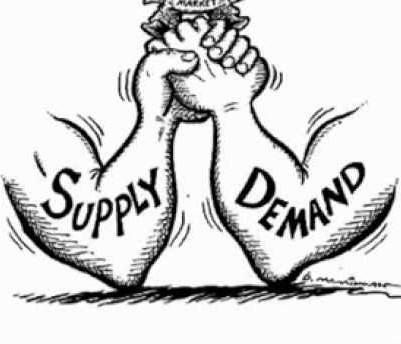 Last week the staff of the Federal Reserve Board of New York published a report, “Credit Supply and the Rise in College Tuition,” tracing the relationship between a cheap, seemingly never-ending, supply of cash and the interminable increases in college tuition and fees.

Without a degree in economics or even the introductory course, Econ 101, a casual reader would see the upward spiral caused by subsidized lending on education costs. The findings of the Federal Reserve Study however are compounded by a two-way-street-reality. As college costs increase, the desirability (everybody wants a college education whether or not they need one) also increases, strengthening addictions by institution and individual to the elixir of low cost loans.

If students perceive they are paying little or nothing for an education it is likely they will invest little or nothing in the opportunity. It’s free, and many see ubiquitous loans as keys to happiness with little consequences for long term debt’s responsibilities. Unfortunately this mirage is exacerbated by elected officials, who want constituents educated by state institutions to share their values.  In addition, campaign contributions may follow lobbyist pressure to support more lending, powered by more political chatter regarding education’s inevitable pathway to Nirvana. All the while, colleges clamor for protected income streams. An exacerbating factor is the budding promise of free community college. Econ 101 teaches what costs little is valued little and what costs nothing may have no durable value at all.

The chickens are coming home to roost.  Two-year and four-year colleges are impacted. Institutions — public and private, large and small, sectarian and religious — all suffer the ever growing effects of cheap money on educational costs. The especially hard hit for-profit giant, the University of Phoenix, laid off 900 staff as enrollments evaporated.  But, the same chickens roost at the campus gate of every post-secondary institution.

This phenomenon tracks the housing bubble:  The road to home-ownership-hell was paved with good intentions.  Federally guaranteed housing loans, sometimes at submarket interest rates, exploded the cost of housing.  The burdens spawned by relaxed borrowing standards, borne by those wanting their piece of the American Dream, are high. This healthy aspiration destroyed families, disrupted employment patterns, caused loss of savings and retirement income, and even contributed to the high cost of educational loans as festering home mortgages limit available resources for college.  Realtors like it.  According to Zillow, recent low interest rates have created a 15% jump in housing sales.

In the higher education borrowing market, new loan originations grew from $53 billion in 2001 to $120 billion in 2012. Even more troubling 90% of the originations during this timeframe were hatched through federally sponsored programs.  Econ 101 again:  during the same period tuition and fees doubled.

The discussion on the subject has consumed statehouses during the 21st century. Too few are willing to risk political futures on the truth of Econ 101.  It stinks like a bloated, but simultaneously starving, fixed benefit pension system.

The price of truth in the education market reveals too little value for too much spending.  The signs of recovery in the value of a college education are not as easy to see as they are in a reluctantly rebounding housing market. Real property, even when devalued, has value.  An education loan for a “cheap” degree – or no degree at all too frequently — is only profitable to bankers and politicians.  The “chump” holding the bad paper is just that evidently.  You can “kick the tires” on a house.  The utilization of knowledge and insight gained in the educational process is less tangible.

Institutions, public and private, have been unwilling to reinforce this reality, as have lenders and elected officials. Every student and family in a responsibility centered educational/financial environment should be confronted with the best guess estimates of employment opportunities, anticipated annual earnings, and the real costs of the degree. Mistakes and changing markets might occur, but genuine good intentions should be at work.