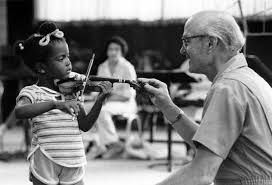 I returned to teaching in SIU’s School of Architecture at the conclusion of a six-year contract as Chancellor on July 1, 2007.  I began writing columns and posting them to http://walterwendler.com/ in November 2007.  The experience as chancellor prepared me for teaching in ways that I did not imagine.  During my time at Berkeley, LSU, UT Austin, and Texas A&M University I studied teaching, I wrote about teaching, experimented with different approaches to teaching, and was recognized as an outstanding teacher.  I remain convinced, now as then, I know little about teaching.

When I review the 400 posts on the website, many address the importance of teaching in its diverse manifestations.  I did not during my time as chancellor, nor do I now, lament the paucity of state funding for higher education.  When I arrived at SIU in 2001 it was not enough to do the job as I would have liked, and it is not enough now.  To be sure, today as you read this piece a group of educators at a conference table in Cambridge, Massachusetts on Harvard’s campus decries the lack of funds to pursue excellence.  Its paltry endowment of $40 billion is not sufficient.

Excellence is fleeting, and the resources needed for its serious pursuit are never enough.  Excellence is always slightly beyond reach no matter what level of resources is available.  Universities should persistently focus on first purpose.  Help students change their lives by empowering them with a strong sense of democracy while illuminating the eternal values of individual responsibility coupled with intellectual freedom.

Since 2001, there has never been a general appropriations increase at SIU.  There have been minimal and marginal increases in state funding for targeted programs, but no general appropriations increase.  In many of the past 15 years, there have been pay increases for faculty and staff, modest though they may be.  Pay raises came from increased tuition and fees.  Likewise, campus improvements during the past 15 years were only possible through bonds sustained by borrowing against student tuition and fees, rather than state support in almost every case.  Students and families should expect teaching excellence without excuse.  In spite of challenging times, distraction from the essence of the university and its role in teaching men and women how to be productive citizens with a sense of purpose and community should remain paramount.

I am going to take a month to assess the worth of these reflections.  However, before I do, I want to remind you of a series of pieces that ran for seven weeks and addressed issues that have not changed in these past seven years, seven decades, or seven centuries about teaching effectiveness.  These are posted on the website http://walterwendler.com/.  Select the month and week in the drop down box under “previous posts.”  The one dated August 27, 2010 is the first in the series.  Six follow, one per week.  For online readers of this post, you may click on the hyperlinks in the overview below.

The series started with the idea of Teaching Excellence.  All great teachers Cast A Vision.  They are leaders and cannot escape that responsibility. Teaching Creates Reputation, and it is the essence of university marketing.  In the fourth in the sequence I said teachers have expectations of students and so too, students have Expectations Of Teachers.

The concept that Teachers Are Masters Of Their Own Fate, and as such have tremendous impact on students, and reinforces the importance of academic freedom at a university.  This occasionally leads to Teaching Controversy as addressed on October 1, 2010.  The last installment tackled the prickly issue of excellent Teaching And The Moral Fabric  and why it is impossible to teach anything without teaching morality.  Only teachers who understand this notion will be effective.

I believe these seven pieces provide worthwhile reflection for faculty and students alike.  For parents and families, these issues should be in play in an energized teaching environment:  Demand that they are.  To leaders of every type who have an interest in higher education: If you can’t tie an idea, initiative, or action back to teaching excellence, drop it.  It is a diversion from what is important.