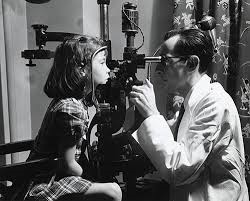 This reflection is an extension of a reflection from January 7, 2010.

If you pay any attention to anything regarding higher education, things are getting tough.  They have been since the turn of this century when nearly all states stopped increasing support of higher education, according to the Pew Charitable Trusts. Federal support also wanes on a number of fronts.  Students and families pick up the slack.

Increases for some special legislative initiatives have occurred but general increases that nurture faculty quality and student excellence are non-existent.  Anyone thinking that will change is mistaken according to an analysis in the most recent issue of the Cato Journal.

Meanwhile, tuition, fees, and the costs of auxiliary services for all university support, food, housing, athletics, and other aspects of higher education are increasing.  In addition, not to be a “Chicken-Licken” alarmist, but the quality of education, performance on standardized tests, and measurable outcomes are all sinking.

The answer to the problem is gritty and simple.

A vision and a plan that look out into the future for 5-10-15 or 20 years, and recognize that states are withdrawing taxpayer support for higher education and shifting it to the students who earn degrees show why tuition and fees are escalating and student grant and loan support is at record levels plaguing graduates and families into retirement years.

Public resources for higher education will play a diminishing role in the future funding picture.  What remains will be performance based.  In the last five decades, the state share of my university’s budget decreased from 70% to around 30%.  Some of the best public universities post budgets with less than 10% from state coffers.  The University of Virginia gets a pittance — 5.8% — and the trend will not reverse itself.  University leaders must accept and respond to this shifting culture with ideas and ingenuity.  The distinctiveness of various institutions will grow in importance and focus if universities are to sustain a valuable contribution to individuals and the state.

A university is a public good, but a unique one that requires leadership and vision that look long-term.  Ineffective ones are treated as state agencies or job banks, and political tools.

Universities have real work to do and the future of every state in our nation depends on institutional effectiveness.  Generate vision and sharpen targets.  Dr. Ray Bowen, when President of Texas A&M University, instigated an aspiration for the campus in 1998 that is still alive, Vision 2020:  Creating A Culture of Excellence.

This view paints the university as a free-standing agency for the public good that recognizes decreasing state support and increasing private support.  Private giving, research, grants, fees and other exchanges of value that do not require hat-in-hand tit-for-tat at a politically broken, personality-driven, state house have great value in creating independence.  The definition of the university is changing according to Michael Roth.

Reacting is not leading.

If a university is on hard times, as many are, ask to see the plan.  The plan produced by a state board of higher education might serve as a guide, but it is always a bureaucratic instrument rather than one of academic vision with individual students at heart.  The University of Washington is producing entrepreneurial plans for the future based on “Values-Driven Innovation.”  This idea works because people affected by plans create effective plans.

A university demonstrates value by its ability to attract human and material resources. Life changing opportunity for students and the greater community is the coin of the realm.  Anything less is neglectful.

Vision for decades and resources from diverse sources are the answers to current challenges in public universities.  Waiting on —  or blaming — the statehouse will not work.  It is a schoolhouse problem.  The proof is that, in any given state, some institutions grow and prosper, while others shrink and struggle.  Yet, the same legislatures and higher education boards govern all.

Excellent service, to and for students, and creative leadership and management come from within, not without.