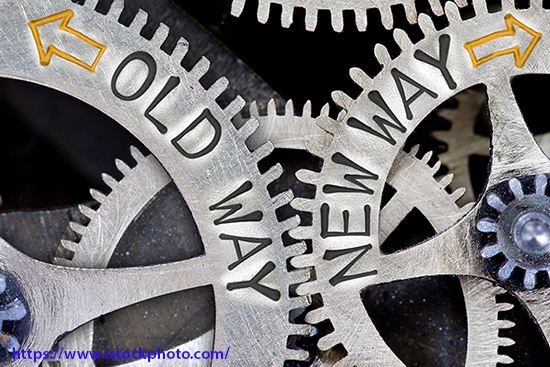 The birthrate in America has been on the decline. In 2016, with slightly less than 60 births per 1000 women, a historic low was realized. This marks universities. Those most affected by decreasing birthrates will be regional campuses like West Texas A&M University.  Institutions not among the elite private or the flagship public institutions will struggle for new students according to the National Student Clearinghouse Research Center.

Added to the sheer decrease in the number of students is a downward trend in college preparedness according to the National Assessment Governing Board, confirmed by the National ACT.  Declines in readiness are apparent in English and math, while reading and science have seen slight increases.  Variation occurs based on race, ethnicity, socioeconomic status and geography. Too frequently, finger pointing follows these findings. Some suggest our education standards have collapsed and blame families and high schools.  There is a measure of truth in these laments, but universities must recognize a changing “feedstock.”

Nathan D. Grawe, of Carleton College in Minnesota, confirms these impacts on enrollment in regional universities.  A limited number of states will see growth in college attendance. California and South Carolina will grow, and some remain relatively unchanged, Texas and Florida are examples. Grawe predicts an impending decline nationally of 15% of college age, college ready, students.

A complicating factor to this challenging news for most universities is the dramatically increasing cost of college attendance, and the debt that follows crippling personal and community economic and cultural prosperity.   The causes of the cost/debt debacle are debated to death inconclusively.  The problem is especially pervasive in the U.S.  The Atlantic catalogs a number of issues.  Only Luxembourg spends more per college student than America. The seemingly risk free student loans, increased spending on intercollegiate athletics, four-star dormitories, free flowing cappuccino, and a fountain of frills in college life are blamed. Careful assessment shows that the higher costs are usually associated with personnel and core services. U.S. institutions spend twice what Finland, Sweden and Germany spend on essential academic services.

Indebtedness and the legitimate fear of it drives students to find other avenues to approach career and life aspirations.  An increasing number of prestigious corporations do not require a college education.  Google, Penguin Random House, Hilton, Apple and IBM among others find ways to separate the grain from the chaff absent a traditional BA or a BS.

Elite private and state flagship universities are immunized for their attractiveness to qualified students, and family ability to pay the going rates for such educational experiences. The workhorses of American higher education that serve over half of the enrolled students, regional campuses such as West Texas A&M University, are in the jaws of the vice.

There are positive courses of action. First among them is for regional universities to reject envy of “big brother – big sister” campuses. Focus, distinctiveness, careful attention to efficiencies, and ultimate value in the relationship between what students pay and what pragmatic utility follows the walk across the stage.  Institutions that over promise and under deliver on educational value will suffer.

Campus responses to declining enrollments and increasing costs are not uniform across the nation. For example in Ohio, the graduating high school population in the next 15 years is predicted to drop by 12%.  College enrollment declines are expected to follow that trend. This will affect the 13 public colleges and universities in Ohio. In addition, international student enrollment is decreasing. Combined, these effects have less effect on flagships like Ohio State University, but a significantly greater impact on institutions like the University of Cincinnati according to Caroline Miller, the vice provost at Cincinnati.

Similar circumstances are fermenting in Virginia’s public institutions.  The challenges are manifest in different ways for on-campus and online enrollment. Surprisingly, Liberty University the private behemoth, has maintained steady on-campus enrollment of about 15,000 students but has seen a significant drop of 5,000 students in online registrants bringing to 75,000 — down from 80,000 students — Liberty’s total university enrollment.

In addition, some highly regarded, historically effective public flagships are challenged. The University of Mississippi, known for deep traditions in university life on its Oxford campus and exceptional academic programs last year lost almost 2% of its enrollment.

These forces suggest that regional institutions, and even a few major public and private universities, must attend to their mission and make the college experience responsive to the needs of their students, and distinctive to the region in which the campus resides.

Absent these actions, the squeeze may become a choke, and drain the life out of some institutions if the facts of the current college calculus are disregarded or ignored.