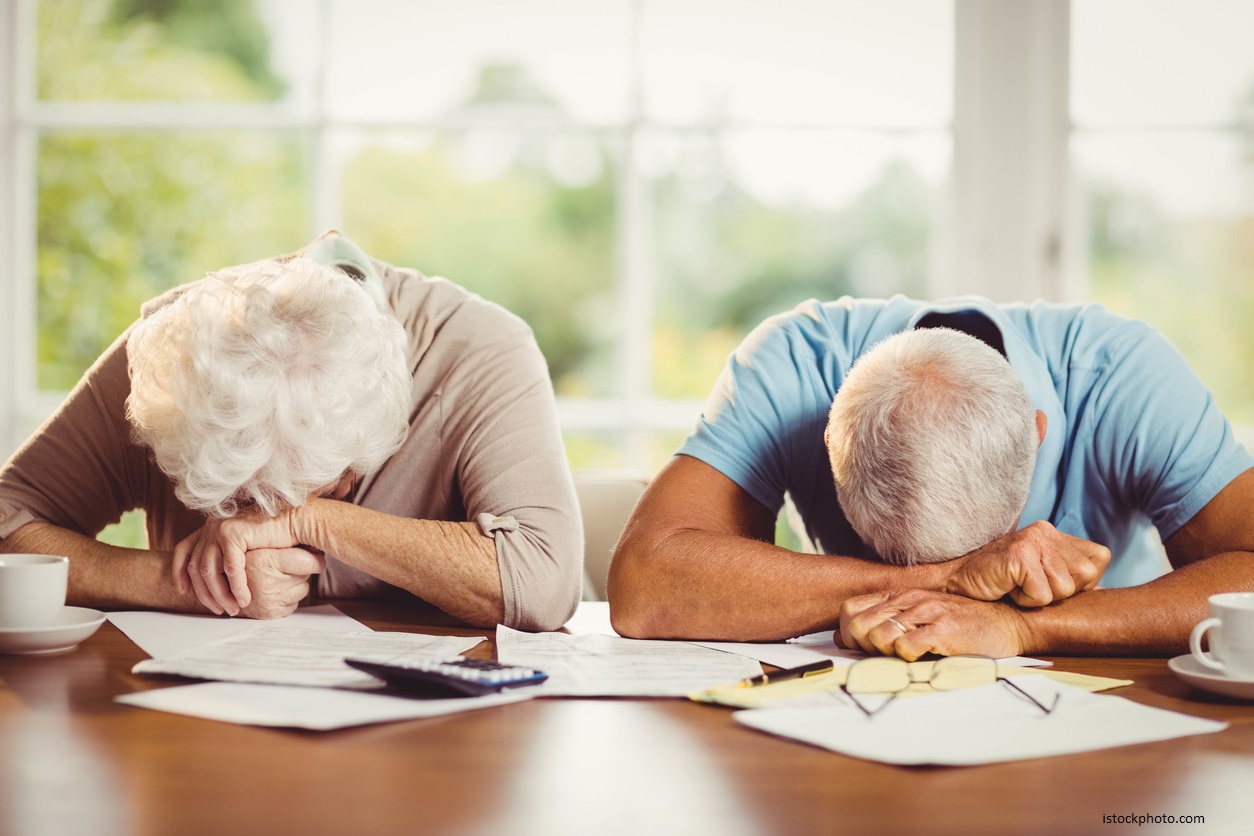 Cardiovascular disease, cancer, type II diabetes, strokes, high blood pressure, dementia, Parkinson’s, COPD, arthritis, cataracts and osteoporosis are unfortunate and common, in varying degrees, as people grow old. Now, adding insult to injury, a growing number of aging Americans have college debt that they will not pay off before they die.

The numbers are astounding. According to the Wall Street Journal, three million people who are 60 years old or over owe more than $260 million, an increase of over 700% in the last fourteen years, and the average debt for this group is $34,000. More troubling, 40,000 people on Social Security are having checks garnished. And complexity mounts. Over 90% of the private loans undergraduate students take have a parent or guardian as a cosigner. This qualifies as a national crisis for those on the hook for the loans. However, it qualifies as a moral crisis for many millions more who are led to believe that a college education is an elixir, whatever the cost.

Seemingly positive repayment plans are available according to Forbes. Income-driven repayment, income contingent repayment and income-based repayment all allow repayment as a portion of the borrower’s salary. It sounds good and may be good for some, but it’s usually costly procrastination. Minimum payments may not cover the interest due, causing indebtedness to increase even though borrowing appears to have ceased.

Eventually, somebody is going to pay the note. Nana with her Social Security check may be left holding the bag.

Addressing these issues may seem heartless; however, real heartlessness shows up as a bill collector. And, education debt is not dischargeable through foreclosure. Default rates for borrowers over 65 years old are nearly 40%, according to the Consumer Financial Protection Bureau.

There is a troubling triangle of treachery. The triangle has three points. Point one: Elected officials encourage college attendance as a panacea for society’s woes. That encouragement is cemented with legislated protection for lenders through insurance programs. Point two: These lenders do little to assess an individual’s ability to repay a student loan. Why bother when federal insurance provides protection? If a student borrows to enroll in a program, limits placed on amounts borrowed based on age, job prospects and anticipated starting salary are nonexistent. Lenders make qualifying considerations for home mortgages and car loans, but not for college loans. A university-provided acceptance letter is all that is needed. Point three: University leadership commonly stands by and watches as legislators and lenders make irresponsible promises and decisions based on assumptions of what a particular degree can do for whom.

Universities have a moral responsibility to recognize and communicate clearly, to the best of their ability, the cost and value of a given course of study and the consequences of reckless borrowing. All of this is sharply focused when Social Security disbursements are used to repay student loans.

Student Loan Justice introduces its website with this proclamation: “We are a true grassroots group that is here to fight for the return of protections against these predatory loan institutions. These corrupt [systems have] affected millions of people across the United States. Our mission is to ensure that our nation’s government hears our cries and does something about it. This has been kept a secret for far too long.”

Transparency from elected and appointed officials, lenders and university leaders might lighten debt burdens and discourage over-borrowing. Forbes suggests that a student should borrow no more than the anticipated first-year starting salary. The Texas Higher Education Coordinating Board (THECB) suggests that borrowing should be limited to 60% of the anticipated first-year salary. The THECB is correct. Many college graduates can’t buy a home or a car due to education indebtedness. The Jeffersonian Dream of home ownership is eliminated for many in overly mortgaged educations.

As a university president, I tell high school students if they need to borrow any money in the first two years of college, they should consider attending a community college. Additionally, be sure that every course in which they enroll will transfer to a senior college of their choice and — this is critical — for the intended program of study. Work with an institution that gives sound, transparent council regarding these matters. Such truthfulness might diminish enrollment; however, the job of the university is to honestly serve students. Enrollment will take care of itself.