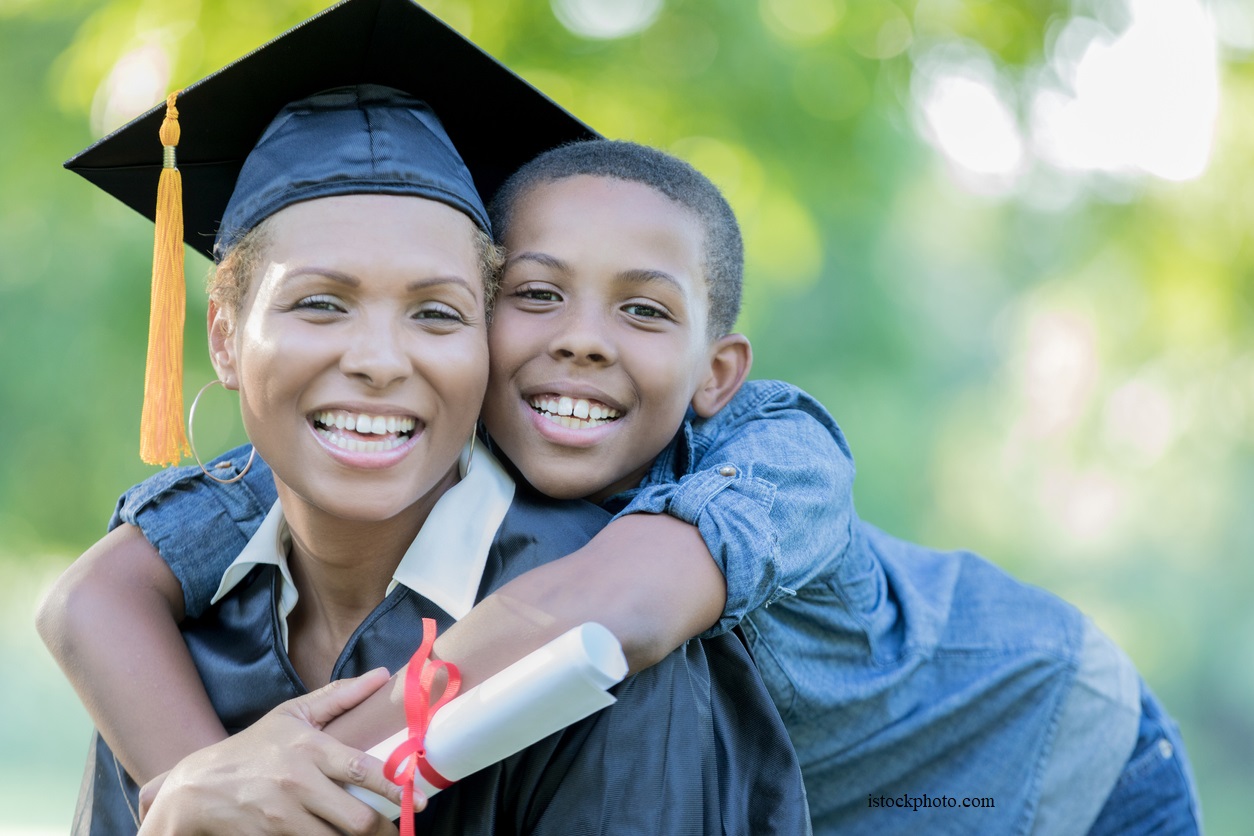 “Johnny, have you seen my backpack?”

“Mom, I told you to keep track of your school stuff.”

My junior year in college, there were approximately one hundred students studying architecture in my class. I remember two of those students were parents. The other 98 were fairly typical students at the time: Straight out of high school they began as freshmen, many worked, the vast majority were Caucasian males, very few were Hispanic and even fewer were African-American. Everyone attended class in the daylight hours, five days a week. The demographic characteristics have changed markedly in just over four decades.

One powerful change is that in increasing numbers students are also parents. The impact of student parents on the nature of the university has been recognized with the addition of child care, counseling and support groups. With the exception of child care, these services are generally available to all college students and may not fully address the complexities of being both parent and student.

Student parents seek and select college arrangements that meet their needs. Parents in College By the Numbers provides a number of insights. Currently, 22% of undergraduates studying in America are parents, nearly 4 million of them. Some estimates place the number at one in four students. If a city, this group would be second only to New York in population according to the 2018 U.S. Census estimate.

Student parents are mostly women (70%), and 40% are single parents. While men only represent 30% of the parents attending college, 61% of them are married. Typically, student parents start at community colleges, which is sensible as costs are lower and flexibility of every kind is greater. However, the majority of these students eventually enroll in for-profit colleges and, for these reasons and others, carry twice the average education debt and high default rates. A bright note in all of this is that they tend to have higher GPAs. A troubling fact:  Nearly half of the for-profit student body in 2015–2016 were parent students. The reasons for this outcome include greater flexibility, adaptability, and seeming responsiveness to immediate student needs.

For-profit universities are typically more expensive than public universities, have lower six-year graduation rates, encourage higher levels of indebtedness leading to higher default rates and flaunt easy, open admissions processes and “low easy-go-payment plans.” Most vexing is the hype about the value of any college degree being worth whatever the cost. Parents, who may be struggling financially, are more likely to fall prey to the hustle.

These institutions may benefit from college loan bailout programs for encouraging the absence of personal responsibility of over-borrowing. In some cases, online diploma mills are charged with a criminal violation. The weight is especially heavy to parents who are also students, but also felt in the larger student population.  Eventually, the encumbrance may become a public burden.

A lack of responsiveness to the changing student population by public universities is fertile ground for impropriety fueled by legitimate life aspirations. This is especially the case for a single mom with a couple of kids who believes that the college degree sold like a pair of jeans on the internet and television is a panacea, when in fact it may be full of holes, just like the jeans.

What public universities can do in response to these circumstances is to make sure that online programs are of good quality and reasonable cost. Online support systems help parents. Counseling regarding costs and potential earnings of graduates should be transparent, along with realistic estimates of the time needed to complete the selected course of study. And sometimes, a university should follow Nancy Reagan’s advice regarding drug use and “Just say No!” to a student with unreasonable life circumstances or expectations. It may be the highest form of service.

There are grant and scholarship programs, including general financial aid, that support parents attending college. The University of Wisconsin, Texas State University, Oakland University, Boise State University, the University of Colorado and the University of Minnesota are just a few universities that offer scholarships intended for single parents. Advice to support parents in college is abundant. The same advice has value for any college student. Make a schedule, build good relationships, take care of yourself, eat well, exercise, get some sleep, don’t drink or use drugs, have realistic expectations and stay focused on what you are doing and why you are doing it.

Universities do well to recognize the complex diversity of students and their needs. West Texas A&M University is working diligently on a number of fronts to be family friendly— a good idea needed by a growing number of student parents.