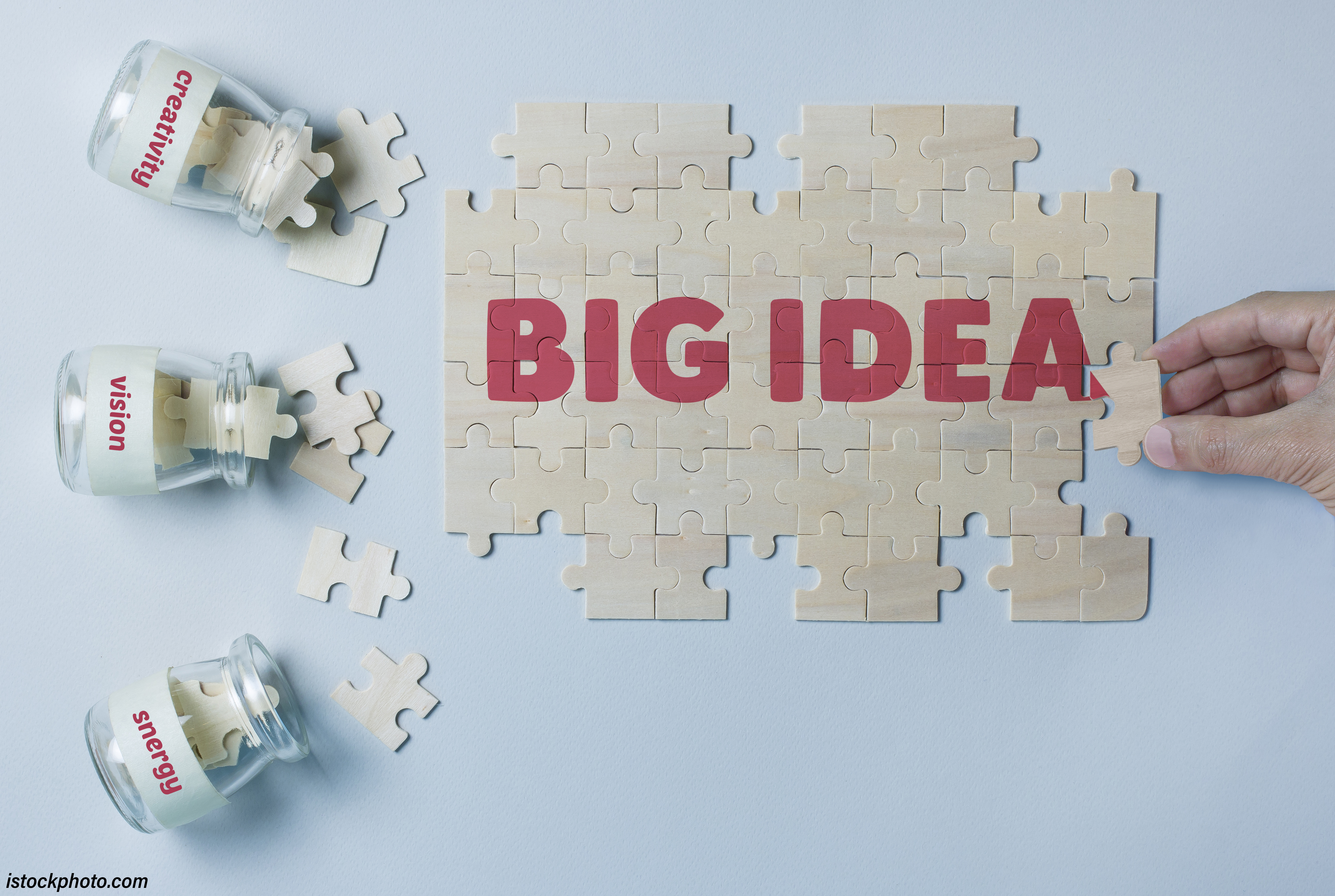 Organizations flourish or perish based on big ideas that address issues of importance. Enterprises thrive through big ideas alone: their lack is toxic. Sony, Kodak, Apple, Disney, Walmart, and universities respond to big ideas shaping organizational culture. Snuffing out ideation is poisonous and effortless. All that is required is to ask the protectors of the status quo whether or not this or that is a good idea. They will run toward what was, rather than what could be. Concerns about market share and control stifled Sony. Engadget recently reported on Sony’s Future Lab, a hothouse for testing new ideas – prototypes – in the public place. It is bold and risky. It shows an organization’s willingness to innovate.

I previously shared an example of the status quo choking the life out of a big idea by focusing on current needs, rather than looking at significant issues. “In 1975, Steve Stassen, a Kodak engineer, developed the first digital camera— it was as big as a micro-fridge. Kodak leadership, fearful of change, said, “That’s cute—but don’t tell anyone about it,” according to The New York Times. Remember, Kodak peddled film for potent profit. A filmless camera was a “DOA” no brainer. Similarly, Nokia, Xerox, Blockbuster, and Yahoo became complacent, and markets sapped corporate strength. Commerce and universities alike need to appreciate and respond to the socio-economic ecosystem that supports them.”

Steve Jobs’ introduction of the iPhone never mentioned technology, but communication. The paramount purpose was connecting people one to one, immediately. Remember Alexander Graham Bell’s first utterance on his acoustical telegraph or telephone, “Watson, come here; I want to see you.” Bell’s big idea was connecting people. He once quipped, “I dream my telephone might help people say “uh-huh” to each other while pretending to listen.” Not flattering, but truthful about the ability to do two things at once. The inspiration for Jobs’ big idea. Modern society may be perfecting the capacity to multi-task. Two big ideas were not about the details of the technology but impacting human capacity and the human condition. The technology was necessary, but not sufficient.

Sam Walton had big ideas too. A number of them were important, and all of them had to do with serving people as the first cause of all action, his biggest idea. He articulated those ideas in his book, “Made in America,” which are paraphrased here: When hiring employees look for passion and desire to grow; mentor, critique and inspire people; build relationships – “customer relationships”; treat employees like business partners and empower them; never be satisfied; appreciate co-workers and give honest feedback; listen to everyone as they could be a positive force for change; and lastly, learn from the competition. Every one of these ideas is powerful, but coupled they become a big idea of paying attention to what the business is. Walmart invented the contemporary “big box” retail operation. This was not Walton’s big idea. Peerless service in response to the real need was king.

Walt Disney’s big idea was encapsulated in this simple statement, “If you can dream it, you can do it.” I do not know if he thought of himself as an entrepreneur. In 1937, “Snow White and the Seven Dwarfs” became a reality. By the late 1950s, Disneyland transformed Anaheim, California, then Los Angeles, then the world. These are big ideas with legs. The genesis of all this? Disney’s focus on people and their needs. It is still the company’s core. Likewise, these concepts can provide technology in any industrial, commercial, or educational setting. Serving people is the end, never the means.

Many universities with tenacious focus, value, and courage the development of big ideas in shaping people and culture. The University of California Blum Center for Developing Economies encourages students to develop big ideas focused on carbon neutrality and many other worthwhile concepts. Whether you like the ideas or not, they are big ones and will squeeze the best intellectual ponderings from students, faculty, and staff. Likewise, the University of Nebraska, the University of Chicago, (through the Big Idea Generator (BIG)), Missouri Western State University, not a household name but a generator of big ideas, McFerrin Center for Entrepreneurship (The Raymond Ideas Challenge in the Mays Business School of Texas A&M University), and other universities intentionally cultivate the development of big ideas. It is university purpose.

While a big idea may percolate through an individual, the power of the idea and its implementation comes from a team. Teams working to address real problems, crystallized by a big idea, leave the status quo behind.

These few examples have value in any setting. In large public organizations, universities, and other “social service” enterprises, bureaucracies can overtake mission. The process becomes the product choking the life out of big ideas. Serve people first. That’s the best and “Biggest Idea.”