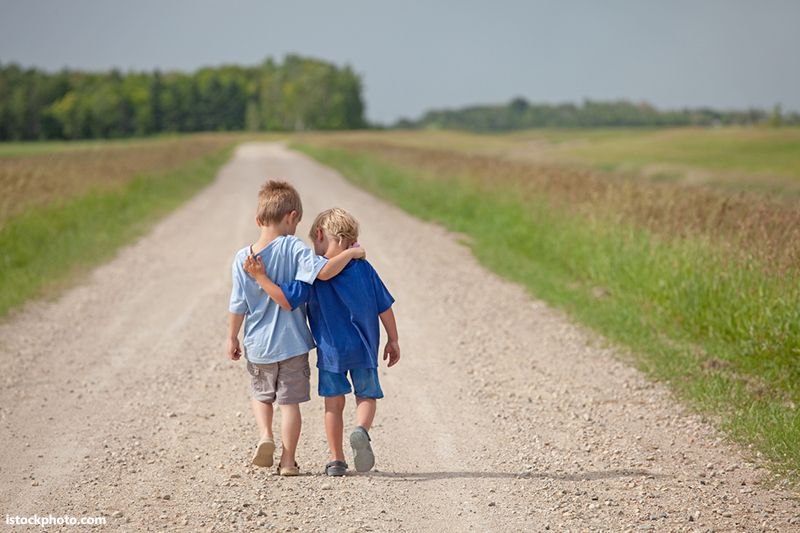 Third in a series regarding Panhandle values and quality of life.

Social groups, from two people to two million, are joined together by earnestly regarding others. As old as humanity, this natural law is infused in the hearts of Panhandle people. Colonel Charles Goodnight, known for saving the plains bison herd, valued treating others with respect. According to biographer Monti Goodin, “It didn’t matter who you were; he invited all in.” Regard for others, local citizenship, mutual respect, the Golden Rule and the law of reciprocity are forces of nature in the Panhandle, building blocks of regard for others.

The definition of citizenship is “the relationship between an individual and a state to which the individual owes allegiance and, in turn, is entitled to its protection. Citizenship implies the status of freedom with accompanying responsibilities.” It is granted to an individual in a sovereign nation by birth, earned through legal immigration or another legislatively prescribed path. While such action is typically initiated at the federal level, citizenship is exercised and given life in local communities, or not at all. This is why school boards, city councils, county commissions and other manifestations of republican forms of government are acted upon compellingly at the local level. Amarillo residents are closer to the capitals of five other states than Austin. The importance of local citizenship, elected representation, pervasive regard for the process by which people come to serve and mutual respect for those operated cannot be overstated. In communities that lack mutual respect, cynicism abounds and republican governance is kaput.

One example of mutual regard is evidenced in the Grange movement. In 1867 the Grange gained strength as a response to falling crop prices, the diminishment in value of paper money and rapidly increasing transportation costs. Agriculture producers banded together to fight for progress, in addition to family and farm prosperity. The objectives were fundamental. The objectives were fundamental to the Grange, “We shall earnestly endeavor to suppress personal, local, sectional, and national prejudices, all unhealthy rivalry and all selfish ambition.” This spirit of “regard for others” is merely what’s good for one can be good for all. A utopian chimera? No, an economic and social reality.

The Golden Rule is the ultimate expression of how one person treats another. Jesus Christ expressed it in the sixth chapter of the Gospel of Luke: “Do to others as you would have them do to you.” Its’ pithiness and simplicity belies its power in guiding day-to-day behavior. Its origins can be traced back to the Analects of Confucius in the 6th and 5th centuries BC. According to Science, The Law of Reciprocity is an agnostic expression of the Golden Rule. It is explained as, “The reciprocity principle is one of the basic laws of social psychology: It says that in social situations, we pay back what we receive from others. In other words, if John does you a favor, you will likely return it to him.”

In The Lonesome Plains, Louis Fairchild recounts the challenges of remoteness while living on the southern reaches of the Great Plains – the Texas Panhandle. In a diary entry dated Sunday, May 5, 1867, Susan E Newcomb recorded this: “… I am lonesome oh: very lonesome… I actually think that it is almost a sin for a person to live where they scarcely ever see anyone, and are always lonesome. We have been living here over a year and there has been one woman to see us, only one.” These realities drove people to enlist in kinship networks. They shared values, social activities, customs and traditions, usually in houses of worship. Births, weddings and deaths were shared experiences. There was a reliance on God, self, family and community, frequently in that order. The heartbeat of this hierarchy of responsibility in the American West was singularly the strongest strand of DNA, unifying the region into a web of sustaining relationships. A seeming pipe dream absent from too many communities in the 21st century.

The values of the Panhandle are real. The American Farm Bureau Federation works to build a “sustainable future for food, fiber and fuel for our nation and world.” The Farm Bureau recognizes the power of farming and ranching in the American west. Zippy Duvall said in a recent Zipline post, “Even the smallest contribution of time, talent, or treasure could be the difference between an elected official who understands the challenges you face and one who doesn’t.”

Family life is important because it nourishes us. Geography requires cooperation. The production of food, fuel and fiber in our nation’s breadbasket demands it. All of this rests on the simple concept that regard for others is embedded in the consciousness of the people that live and work in the Texas Panhandle. Our University needs to value, appreciate and trumpet regard for others.