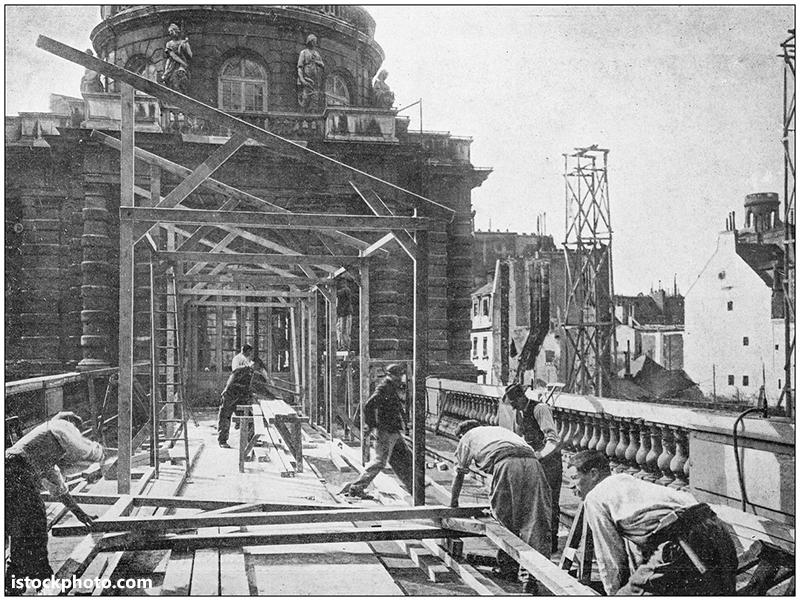 Second in a series regarding Panhandle values and quality of life.

Hard work is a well-understood value in many places. West Texas A&M University appreciates its’ import. In the Texas Panhandle, it’s a fact of life. Diane Meyer claims hard work is a core of Texas’ legacy. She records:

Laborum Dulce Lenimen is engraved across a wooden mantle in the Hansford County, Texas, home of Joel and Joyce Lackey. Translated, “the sweet solace of my labors” reminds family of rewards earned, and embodies the spirit of grandsons Chandler, Collin and Chance Bowers. The three have an eye for quality and opportunity that sustains the family legacy and predicts success in the cattle business.”

Panhandle people appreciate hard work. Studs Terkel, in his groundbreaking effort to catalog various aspects of work, creatively entitled “Working,” reported this conversation with Mike Lefevre, a steelworker who lived in Cicero, Illinois, on the outskirts of the Windy City, on the shores of the greatest of lakes, regarding his toils in the steel mill:

We handle between forty and fifty thousand pounds of steel a day (laughs). I know this is hard to believe—from four hundred pounds to three- and four-pound pieces. It’s dying. You can’t take pride any more. You remember when a guy could point to a house he built, how many logs he stacked. He built it and he was proud of it. I don’t really think I could be proud if a contractor built a home for me. I would be tempted to get in there and kick the carpenter in the ass (laughs), and take the saw away from him. ‘Cause I would have to be part of it, you know.

One joy of productive work is seeing effort contribute to something larger than oneself. Mary Barra worked hard daily and became General Motor’s first female CEO in 2013. Her work with GM started when she was 18. Fortune magazine records her evolution from that challenging start as a part inspector in Pontiac, Michigan, simultaneously enrolled as an engineering student at GM’s University in a commitment that couldn’t be described as anything but “hard work.” Thirty-three years later, Barra found herself at the top of a legendary corporate ladder. She worked hard, worked smart, accepted challenges, unfairness and took advantage of the simple concept of opportunity. No guarantees. Spit and persistence, from parts proprietor to the president.

Ralph de la Vega, an immigrant from Havana, was separated from his parents at the airport, on Monday, July 1, 1962, as a 10-year-old. He flew to freedom’s shores in Miami, Florida, on his own. From that challenging start, he became President and CEO of AT&T Mobility and Consumer Markets. He reports his astonishing trek and the power of hard work in his book “Obstacles Welcome.” He spoke at WT last year and his message resonated with all. Remarkably, he was trained and mentored by WT graduate Stan Sigman who embodied the Panhandle work ethic and became a wireless industry visionary. Hard work is contagious. Any organization, especially a university that does not value hard work cheats those who aspire to life experiences that support and stimulate growth. Entitlement is no kin to hard work but its enemy—a suffocating lie that pilfers progress.

According to Joshua Becker, hard work leads to personal development, benefits society, is an example to kids, provides important life lessons, makes the most of your hours and is fulfilling in and of itself. Whether a steelworker, rancher or corporate CEO—hard work is noble.

The value of hard work is universal, detached from geography, birth or burden of circumstance or even the nature of the work itself. From the Texas Panhandle to Chicago to Havana, Cuba or Atlanta, Georgia, people work hard and achieve various measures of success, recognized in different ways. Even with thoughtful application of ideas and circumstances, hard work alone may not yield desired outcomes. Norm Lach, my friend from Southern Illinois, said, “He may be smarter than I am, but he won’t outwork me.” That is the heart of satisfaction. Or, is it the satisfaction of the heart?

Forbes suggests that all entrepreneurial success requires hard work but does not guarantee success. The satisfaction of hard work should be appreciated for what it is rather than what it may or may not yield. Too often, universities proclaim by default or design that hard work will guarantee material success. Instead, the internal satisfaction of doing our best regardless of the result should guide us daily. The concepts are not new and were recorded nearly 2,500 years ago in the 13th chapter of the Book of Proverbs: “A sluggard’s appetite is never filled, but the desires of the diligent are fully satisfied.”

Space, circumstance and time cannot separate us from the universal value many West Texans hold dear. Hard work is its reward and can never be overlooked as a foundation for a fulfilling life. A university that does not adhere to hard work in its heart and soul is not a university at all.

1 thought on “The Value of Hard Work”