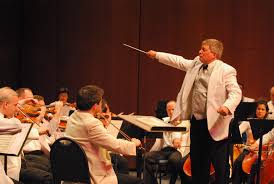 Eighth in a series on university struggles

The welfare of the city that hosts a university campus is married to institutional progress.  Universities are becoming “go to” economic development agents based on the number of people hired, the toilet paper purchased, and the hot dogs and beer consumed.  These are shortsighted economic development assessments.  Academic standards that relate to the effectiveness of the university are the only durable measures of institutional economic contribution.

Academically excellent programs create jobs in the long run.  A December 15, 2015 report from The Northern Illinois University Center for Governmental Studies identified a $900 million economic contribution from NIU.   It is accurate and impressive and similar to many reports from many universities across the nation.   The University Economic Development Association defines economic development thusly:  “In higher education, economic development means proactive institutional engagement, with partners and stakeholders, in sustainable growth of the competitive capacities that contribute to the advancement of society through the realization of individual, firm, community, and regional-to-global economic and social potential.”

This reasonable definition counts not only dollars but the impact of academic work, ideas, and intellectual pursuits that lead to economic growth.  The redistribution of state tax dollars and student tuition and fees produces economic impact that differs little from any other state or private enterprise.  A state police headquarters or a highway maintenance yard has economic impact similar to what too many universities tout as economic development.  The impact of state owned enterprises makes sense only when free market models are followed.

The economic health of a region is more appropriately defined through long-term benefit. Accounting shell games regarding redistribution of state tax revenue creates political sound bites but if value added is shallow, so is long term economic gain.  A legitimate question is this — “If the state invested the hundreds of millions of dollars that it invests in a university, could it more fruitfully attract other enterprise with a stronger day to day economic impact?  This indelicate question is the core of the matter regarding a university’s long term economic impact.

Institutions that win the “mission struggle” become economically powerful by contributing intellectual capital to local communities in a way that dwarfs the typical measures of economic viability — jobs, hot dogs and hotel stays.  The Disney Institute has a healthy perspective. Van Arsdale France, who helped pave the way for Disneyland said in 1955 “My goal, as I saw it, was to get everyone we hired to share in an intangible dream, and not just working for a paycheck.”

For example, a university that appeals to the needs and proclivities of nontraditional students, i.e. those married with children, frequently single-parent families, often in low wage jobs, is a draw to a region that has little to do with research productivity. The Best Colleges currently lists the top 25 colleges that appeal to nontraditional students. They are good at what they do.  Leading the list is the College of Idaho, and rounding out the top ten is Olin College:  There is not a household name or a public institution on the list.  Yet, each makes important contributions locally because they focus on a specific academic mission.

Southern New Hampshire University (SNHU) is a vibrant model of an institution that has identified a student group (people at work) and has deliberately and tenaciously pursued this group of learners through online learning. Mission tenacity has caused robust growth for SNHU that has had a remarkable local impact in Manchester, New Hampshire and the surrounding communities according to a recent Manchester Development Corporation study.

Some campuses provide special provision for students with disabilities. This is another form of academic mission.  Southern Illinois University Carbondale, my home institution, appears at number 12 on the list and should be assiduously working to be number one.  Such focus will create stronger purpose and economic impact.

Increasingly universities struggle in a competitive marketplace.  Regrettably, definitions of university excellence are shaped by about 100 institutions in the United States rather than the 4000 campuses that make up the national higher education complex. Most troubling, boards and university leaders without vision have bought into the one-view model that creates debilitating “Harvard envy”.