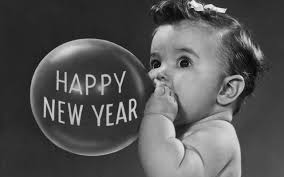 This piece originally ran in 2014.  I am running it again.  The basics don’t change much. WVW

Every sector of the nation’s economy is in flux.  Change breeds strength, but if pursued for its own sake may pervert primary purpose.  Our universities should ask, “Who do we serve?”  Statehouses, communities, and industry? Absolutely.  But, the pinnacle of service is realized when we serve students first, all else fruitfully follows.

“The secret to success is constancy of purpose.”  Benjamin Disraeli

Predictions for higher education about 2014 2016 proliferate.

College degrees do not ensure happiness or fulfillment. Productive jobs provide the foundation for sustenance. Happiness and fulfillment are other matters. To be sure, universities share the blame for the increasing cost and decreasing value of degrees. Scores of institutions hand out too many, with too little substance, because somebody is willing to pay. Institutional honesty about expectations, expenses, and employment is essential.  The valid demand for transparency is directly proportional to a student’s debt burden.

College Credit for Work Experience:  The Department of Education and Lumina Foundation favor counting previously acquired work competencies for university credit.  But this perspective may unwittingly feed the elephant in the room that says everyone needs a bachelor’s degree no matter its purpose or means of attainment.  Certainly more graduates may be produced but that’s a political goal, not an academic one.  A capable, thoughtful, and creative citizenry is the seminal academic aim.

In a Huff Post blog last April, “Competency-Based Learning: A Big Deal, But Not Because of the Feds,” Jamie Merisotis argues that benefits of the competency-based model are not driven by the DOE and Sally Mae endorsed concept. Student lender Salle Mae carries $108 billion in private loans, 37% of the U.S. market.  Instead Merisotis contends it’s a means to increase accessibility:  A noble purpose. But, students pay tuition and fees on courses to attain competency based credit.  No free lunches here. Please ponder with me, to what end? If this was the “Degree Bowl” here’s the score: Sally Mae – 1, Student – 0.

Ranking Fatigue:  Hans-Georg van Liempd, European Association for International Education President, claims “Ranking Fatigue” is a prevalent.  This is not necessarily a denunciation of rankings.  It’s more troubling. President van Liempd condemns scientific journals hell-bent on beating each other to the latest scientific scoop. He observes, ““Randy Schekman, the biologist who won the Nobel Prize in Physiology this year, said his lab would no longer send research papers to the top-tier journals because “leading academic journals are distorting the scientific process and represent a ‘tyranny’ that must be broken.””  Sometimes we make too much of too little, for hype’s sake, and it’s oozing into faculty scholarship.

Independent Testing of College Graduates:  Increasingly verification of graduates’ abilities will fall to third-parties. The Scholastic Aptitude Test (SAT) assesses high school students on college-readiness independent of the high school they attended, courses taken, grades, class rank or extracurricular activities.  The Collegiate Learning Assessment (CLA+) parallels the concept on the output end.  In a Chicago Tribune post, “Catch up with 2014 Job Search Trends,” Joyce Lain Kennedy correctly notes that the Council for Aid to Higher Education has endorsed the CLA+ approach.  If universities neglect performance standards, someone will step in as academic accountability shrivels under anemic leadership, the weight of politics, and overstated rankings success.   Standardized tests are nearly universally bemoaned as a yardstick of learning or ability: As one guardedly viewed data point they are invaluable, but, in isolation they are nearly useless — on entry or exit.

Seamless Educational Opportunities:  According to an April 2013 study, “Pathways through College:  Strategies for Improving Community College Student Success,” 28% of all bachelor degree earners in Connecticut began at a community college.  Increasing numbers will follow.   Effective university leadership will welcome transfers with clear articulation and dual admission.  When students apply to community college simultaneous application to university should be encouraged and full transfer guaranteed, providing performance standards are met.  This is seamlessness.

Our universities serve students. Attention to these reflections and “constancy of purpose,” could make 2014 2016 a watershed year for insightful universities.