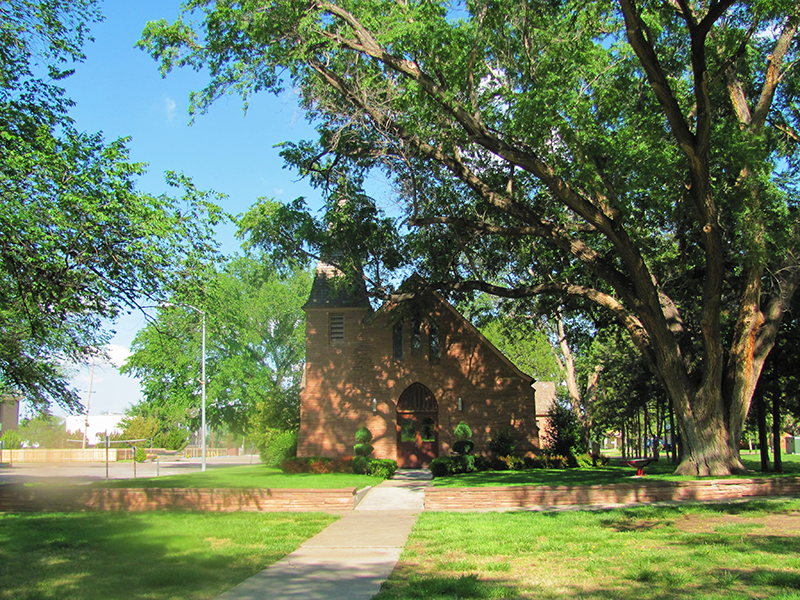 Eighth in a series regarding Panhandle values and quality of life.

In his 1893 essay, “The Significance of the Frontier in American History,” Frederick J. Turner recognizes the importance of faith and revivalism in America’s westward expansion in the 19th-century. He probably had little regard for organized religion and was likely an agnostic. Nonetheless, he recognized the power of faith on the frontier. In 1923, Peter G. Mode noted that through the history of Christianity, “place” influenced the manifestation of religious belief, contextualizing the varieties of faith based, in part, on geography. In “The Frontier Spirit in American Christianity,” Mode said, “In adjusting…to varied and changing surroundings, it (religion) has assumed from time to time corresponding variations of type. Even during the same period and within the bounds of a single civilization, its (religious) manifestation frequently has been far from uniform.”

If he is correct, a distinctive place will develop its own use of faith and its practice of that faith will be influenced by the environment, social actions, political and economic forces and diverse expressions of family and community life that impact life in a particular place. As a practicing Christian, I recognize the various manifestations of the Christian faith in different settings but simultaneously accept the deep premises of that faith practice. I have previously shared the following:

I am a Christian. I hold faith, founded on principles laid out in the Old and New Testaments of the Holy Bible, which I believe to be the inspired Word of God without equivocation, qualification or apology. I share this with you so that any peculiarities of my Christianity, any predisposition they might create, any conception or world-view associated with this caste, are confessed.

I do so again as a mark of clarity and a revelation of bias.

The structure of the Texas Panhandle, in every way, is responsive to the elements that compose it. Likewise, faith in the region has been responsive to geography: a freer, less confined, more open receptiveness and flat-footed recognition of life’s challenges in our landscape. Any efforts to metropolitanize the exercise of any faith tradition in this, or any other distinctive part of the world, will meet the challenges of Mode’s observation. Place affects the practice of not just faith but medicine, architecture, education, engineering, law, healthcare, teaching and every other human pursuit. The nature and power of geography cannot be denied. In the sameness of many urban areas, this may be harder to grasp and realize. However, that is not the case in diverse rural regions.

If Mode’s perspective is true, recognizing and including regionalism in faith life is essential. In an effort to be responsive to students and their aspirations, universities should be mindful of the deepest beliefs and principles that students bring with them to the institution. Stated differently, if an institution in such a region is responsive to the needs of the citizens served, appreciation for these deep beliefs and principles is essential. Challenges to basic beliefs should be encouraged through ideas and understanding rather than ideology, and then only with appreciation for one bringing their whole self (and beliefs) to the task of education. Mindless adoption of anything does not serve well on a university campus.

The pursuit of knowledge seeks to understand the human condition through reason while not excluding faith. The genesis of enlightenment thinking. Such an integrated outlook differs markedly from ideologies that cannot tolerate disagreement and deny or separate spiritual and intellectual life. This narrow, illiberal view “allows and encourages addressing important issues of the day from a perspective limited by the fact that an individual’s faith life is not cogent to the presentation of ideas, evidence, thought, or knowledge.”

John B. Boles, in analyzing Turner’s claims that faith was of secondary importance wrote, “Personally he (Turner) was antagonistic toward organized religion and had no interest in theology. Perhaps he (Turner) found it difficult to understand that either (religion or theology) could have been of much import to others.” Martin Luther’s reservations regarding organized religion were similar to Mode’s. In fact, the first three of his 95 Theses, purportedly nailed to the church door at Wittenberg, addressed the concern. Luther believed faith in God through Christ was more personal than institutional, more inward than outward, and localized to person and place. Adopted in frontier locations as purposeful self-reliance, this recognition was the foundation for survival. The importance of family and local groups was emphasized as healthy individualism and adaptation.

In a recent Atlantic essay, Shadi Hamid, in America without God, makes a profound observation and asks a powerful question: “As religious faith has declined, ideological intensity has risen. Will the quest for secular redemption through politics doom the American idea?” Running from ideas, like many universities eschewing thought while embracing ideology, is a fool’s errand. Good universities should run straight toward ideas, thoughtfully informed by individual perspectives and regional influence. A faith perspective gives body and form to ideas, strengthening rather than diminishing relevance.