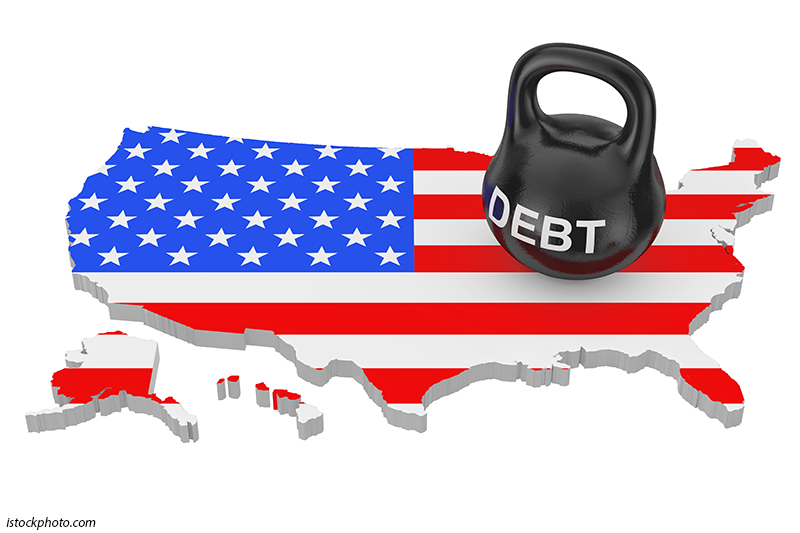 Sixth in a series on student educational debt.

The decision to borrow in pursuit of a college education is personal, but 45 million borrowers eventually impact the U.S. economy and therefore every American. The after-effects are persistent and pervasive, and result in economy-busting fairytales.

To poison the fountain of nourishment for a republican form of government, make higher education worth less. Encourage the view that education’s cost is a pile of C-notes from a game of Monopoly, and everybody gets free parking to boot. Or, that everyone needs—and, more confounding, is entitled to—college attendance on the taxpayer’s dime. Make common the idea that people still should be paying for college as retirees, as a multitude of Americans do. Financial literacy? A figment of somebody else’s imagination.

The dot-com and housing bubbles bedeviled our national economy for a decade. But they are a walk in the park compared to the looming threat of a third bubble — student debt. This debt debacle is the most debilitating in this trilogy of tribulations resulting in limp economic security. Most vexing is the accompanying loss of faith, confidence and trust in our republic. And trust, as Eamonn Butler has written, is the foundation on which a free society stands.

Some call for debt forgiveness. Hopefuls in the last presidential election proposed erasing as much as $50,000 in debt. Bernie Sanders championed a scheme to forgive all educational debt. But an omnipresent malignancy in our society is taking the easy way out, working to relieve too many of owning too little personal responsibility. Forgiving debt with the stroke of a bureaucratic pen is a growingly seductive election-cycle elixir, especially for twenty-, thirty-, forty-, fifty- or even sixty-somethings. But the cost is economic vitality while free moral agency is pilfered or mortgaged, pick your poison.

Absolution of personal obligation in a matrix of responsibilities causes purposeful citizenship to leach from individual to state, and states can’t be citizens. There is flagrant finger pointing. In Salon, Jeffery Williams puts the blame on “the 1%.” Some are an easy target to be sure. Alan Lord, who made his fortune as Sallie Mae chieftain in the student-loan industry, is low-hanging fruit for those wanting a scapegoat to diminish individual economic obligation. However, Williams is wrong. A college education carefully configured is a sound investment. According to a detailed study of 4,500 institutions by the Georgetown University Center on Education and the Workforce, the average career return on investment for a college education crests at $2.7 million. In 2019, those with a high school diploma averaged, after tax income, $40,500 annually, and, as educational levels stair-stepped up to a professional/doctoral degree, earnings increased to $120,500, according to the College Board. Absent debt, these are compelling numbers.

Rising student debt reduces consumer spending for 90% for 45 million indebted Americans, backs bowed, paying off education loans according to the FDIC. Over 10% are in default and may never be able to make good on their borrowing. This indebtedness impacts home ownership, after family the primary piece of the American dream. For younger borrowers with student loans, the Federal Reserve estimates that a 20% drop in home ownership over the past decade is attributable to student debt. Beyond the borrower, the carpenter down the street, code officials, retailers and mortgage lenders all gasp for air as the economy writ large asphyxiates.

The impact of overloaded student borrowing on the national economy is inarguable. These confounding circumstances dim cultural and economic hope: Many borrowers don’t expect to retire student loans. Brookings estimates that by 2023, 40% of borrowers will be in default. All innocents in pursuit of the American dream? Important aspects of a fruitful life—home ownership, marriage, raising children, preparing for retirement—are put at risk for those whose backpacks bulge with promissory notes, often for a product of questionable utility. This is an economic foundation constructed on sand, not solid rock.

Free people decide to borrow, legitimacy of motivation aside. These personal decisions empower or impede national economic growth. Banking, industry and government at every level, including universities that dilute the gravity and sense of obligation in this labyrinth of decision-making, serve no one well. Abrogated responsibility mutates individuals into indentured servants. Free moral agency alone empowers a solvent democracy, the primary purpose of all education.

Anything done to diminish personal responsibility for education, by default or design, tears at the fabric of a free society and our constitutional form of government. Universities are in the position of providing hope, opportunity and aspiration. Costs absent responsibilities are an erroneous economic equation that does not compute leading to a measurable loss of value, for one and for all.

2 thoughts on “Student Debt and Our National Economy”