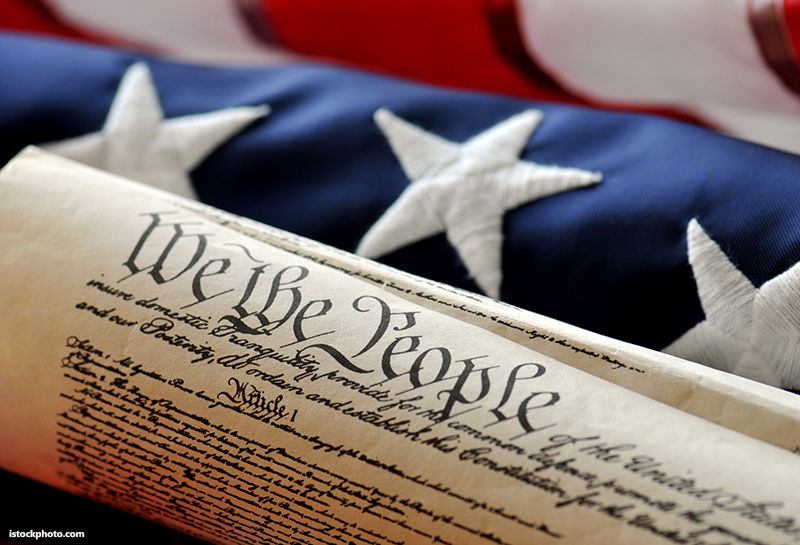 To label West Texas A&M University, or any university, as a manifestation of American Enlightenment thinking might be seen as hyperbole or plain old bragging. However, it is worth reflecting on enlightenment principles to serve our region well. For nearly two and a half centuries, such principles have tilled the soil for a republican form of government, the best functioning model of a free society—even in its significant imperfections. The Panhandle still aspires to these principles.

Enlightenment thinkers such as James Madison, Alexander Hamilton, Benjamin Franklin and Thomas Jefferson—all intellectual trailblazers—founded a nation on powerful principles regarding human nature and organizations. These include the force of faith and reason, natural law and the value of sound science, each supporting pervasive liberalism. Not the pirated “liberalism” found on Twitter, Facebook, Snapchat, Instagram or TikTok. These innumerable forms of social media denigrate thoughts and ideas into sediment on the bottom of an over-heated skillet. Liberating virtue, republicanism, tolerance, community and other aspects of enlightenment thinking were the framework for our nation’s founding, and they remain irreplaceable. These precepts still guide responsive universities to address the challenges of existence in a free society and, simultaneously, the pragmatic needs of students and the public.

The Federalist Papers (85 essays written by Alexander Hamilton, John Jay and James Madison as an exceptional nation came to life) led to the ideas of a balanced, thoughtful government that distributed power in diverse directions. In Federalists 9 and 10, with prophetic precision, James Madison wrote about the challenges of factions and how they could influence a government with republican principles. In our long-range plan, WT 125: From the Panhandle to the World, it is said: “People, rather than organizations, should be responsible for making decisions. We will do all that we can to create channels of responsibility and to have decisions made by people at the lowest, most appropriate levels that add value.” We aim to make the world a better place to live person by person.

Alexander Hamilton made contributions to organizational thinking in Federalist 70. He argued for a strong executive branch of government that would provide leadership but not deprive people of their liberties. He urged all to: “Consider that government is intended to set bounds to passions which nature has not limited; and to assist reason, conscience, justice, and truth in controlling interests which, without it, would be as unjust as uncontrollable.” WT 125 addresses balanced leadership: “Great universities exist where there is enlightened leadership. This is true at the state, system, and university levels. It is true from within and from without. It comes from every rank of university life: staff, faculty and administration.” We aim for all to contribute to progress.

Benjamin Franklin navigated the complexities of colonial citizenship powered by his work as a printer, scientist, author and statesman. He championed for all, near and far, 13 virtues—temperance, silence, order, resolution, frugality, industry, sincerity, justice, moderation, cleanliness, tranquility, chastity and humility. Some may argue these have gone out of fashion. Others say that universities have no place in championing such virtues. Still others believe that this is a personal proposition and not related to the work of public higher education. I would argue on all three counts; nothing could be further from the truth—character is distilled from the intersections of such virtues. They are woven into American Enlightenment thinking and our national psyche. They are timeless. The want of such virtues and character is witnessed 24 hours a day on the relentless cycle of cable news. Any outlet. WT 125 proclaims: “The University recognizes the rights of students as active and responsible citizens and its power to produce change for the betterment of the country.” We aim to be active participants, not passive observers.

Thomas Jefferson was one of the most insightful political thinkers in the history of humankind. He heralded the pursuit of liberty, guided by exercised free will, as the ultimate purpose of any government. His work on the Declaration of Independence and the U.S. Constitution’s underlying principles was unparalleled. Jefferson was in favor of personal agency. WT 125 states: “While the worldwide population continues to urbanize, smaller communities are critical to the organic functioning of the world. In almost every case in every nation, smaller communities are the keepers of the values that define a people.” We aim to promote free, informed, engaged citizenship.

These four thinkers command our attention for public higher education through the breadth of their thought and the interdependencies represented in an empowered society, leading to a combination of a civil perspective respectful of the influence and impact of clear-headed rational thinking.

It is not a stretch, overreach, high-mindedness or plain old bragging for WT. No hyperbole. Instead, it focuses on our mission: “Our mission is accomplished by offering intellectually challenging, critically reflective and regionally responsive academic programs that provide students keen insight and vocational vitality.”

And we should pronounce that mission boldly—with pride.

Walter V. Wendler is President of West Texas A&M University. His weekly columns, with hyperlinks, are available at https://walterwendler.com